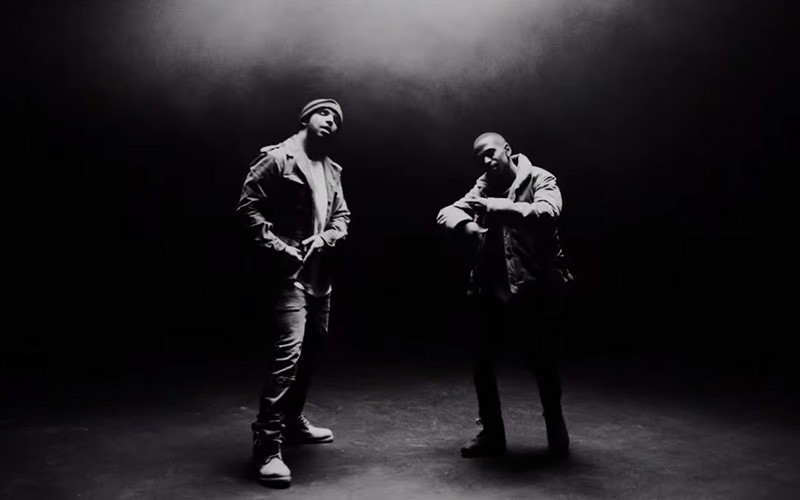 “I’m waaaaay up, I feel blessed”

Big Sean counts all his “Blessings” in his new music video for his latest single off ‘Dark Sky Paradise.’

In the black and white visuals, Sean goes to church and confesses his sins. The G.O.O.D. music rapper also climbs up a staircase to Heaven.

Drake and Kanye West also appear in the visuals counting their blessings, and of course Kanye had to pull out a few signature dance moves.

According to reports, Sean’s new album ‘Dark Sky Paradise’ is the No. 1 album on Billboard’s 200 chart. Sean’s third album was released February 24th and moved 173,000 units in the week ending March 1st.

Watch Big Sean, Drake and Kanye West count their “Blessings” in the video below: