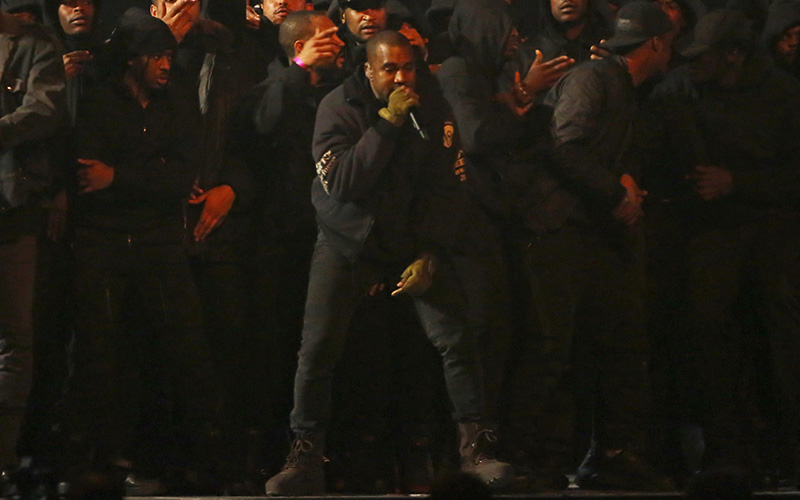 Kanye West is busy promoting his new album in Europe, a project that up until a few days ago didn’t even have an official name.

Early Sunday morning (Mar 1), the rapper revealed that the follow-up to ‘Yeezus’ will be titled ‘So Help Me God’ by tweeting an image (possibly the album cover?) and the words “So Help Me God.”

So Help Me God pic.twitter.com/e3UUsQQEts

The big reveal follows a big week for West, who debuted his new single “All Day” with a fiery performance last Wednesday (Feb 25) at the 2015 Brit Awards in London. The week also saw Kanye in a rare emotional moment during an interview with BBC Radio One’s DJ Zone Lowe.