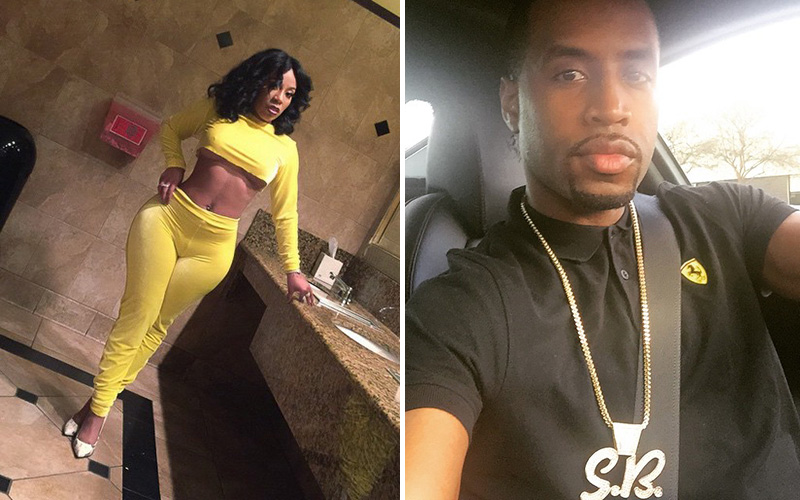 K. Michelle and all that azz is helping Safaree Samuels get over his ex Nicki Minaj.

Sources close to K. Michelle tell TMZ that she and Safaree have been talking over the phone and texting every night.

K. Michelle and Safaree were also spotted in VIP together at Club Stage in NYC on Valentine’s Day. And the following week Safaree sent K a bouquet of sunflowers.

Sources say things “aren’t official” between the two … but from the looks of it, they could get serious.

Since her big public break-up with Safaree at the end of 2014, Nicki Minaj has moved on with MMG rapper Meek Mill and recently revealed that he will be part of her upcoming “The Pinkprint Tour”

Also … check out this video K. Michelle posted on Instagram of her twerking to one of Safaree’s songs below: