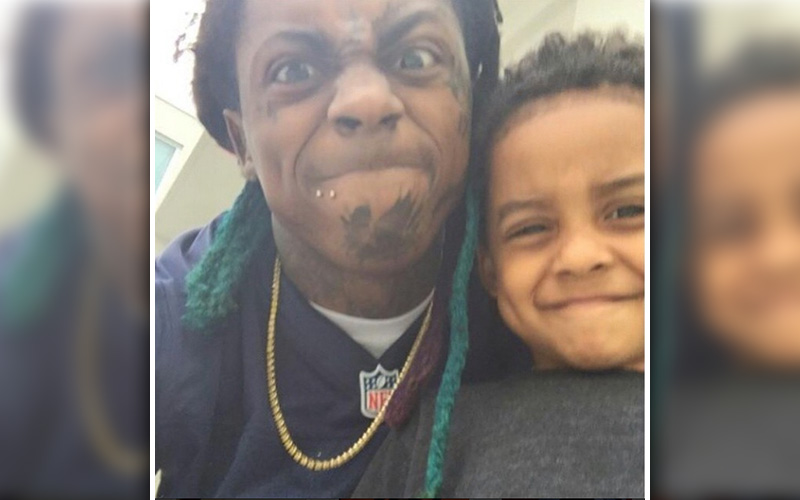 Anyone who knows Lil Wayne’s life knows that the man has four children with four different women — his ex-wife Antonia “Toya” Wright, Nivea, Lauren London and a woman named Sarah Vivian. It’s not a secret.

We just saw Reginae (his daughter with “Toya”) all over MTV when they recently revived “My Super Sweet 16” for her huge 16th birthday celebration, and we randomly see his son with Sarah (Dwayne Carter II), but the kids we don’t see too often are the two sons he shares with Nivea and Lauren London, respectively.

Nearly four years ago, we shared a photo of his son with Lauren London — Cameron Carter — and recently, the rapper tweeted a more recent photo of him and Cameron spending some quality father-son time together.

Wayne quickly deleted the adorable image from his his Twitter page, but not before fans downloaded it and reposted it all over the Internet.