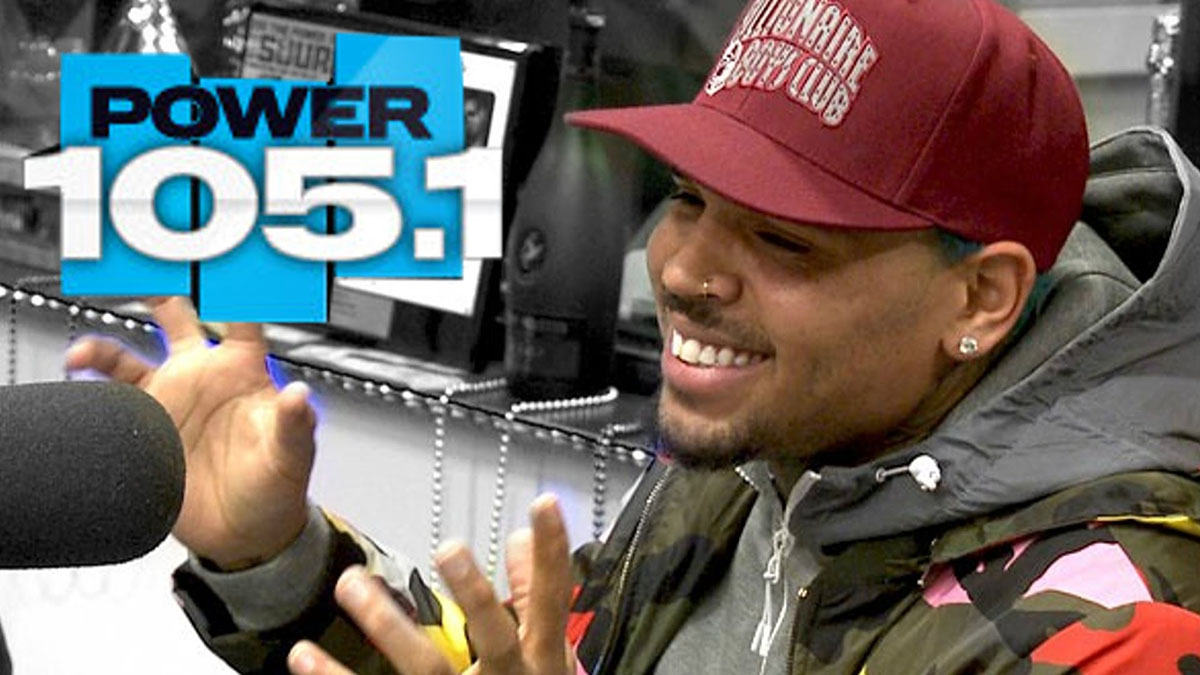 If you thought Chris Brown and Drake had finally buried the hatchet and moved past their differences … think again!

Chris stopped by “The Breakfast Club” Monday morning (Feb 23) to promote his new ‘Fan of a Fan’ joint album with Tyga, and in the interview, he also spoke on how he and Drake have never been on good terms, despite appearing in a skit at the ESPYs and being photographed in the studio together.

Chris made it crystal clear that he and Drake are NOT friends and he also called the OVO rapper a “corn singing rapper.” Just in case you didn’t understand him when he said they’re not friends.

Chris also spoke on Rihanna’s alleged relationship with Leonardo DiCaprio, wanting to get Rihanna and Karrueche Tran both pregnant (…yeah…), and becoming good friends with Kanye West over the past few months.