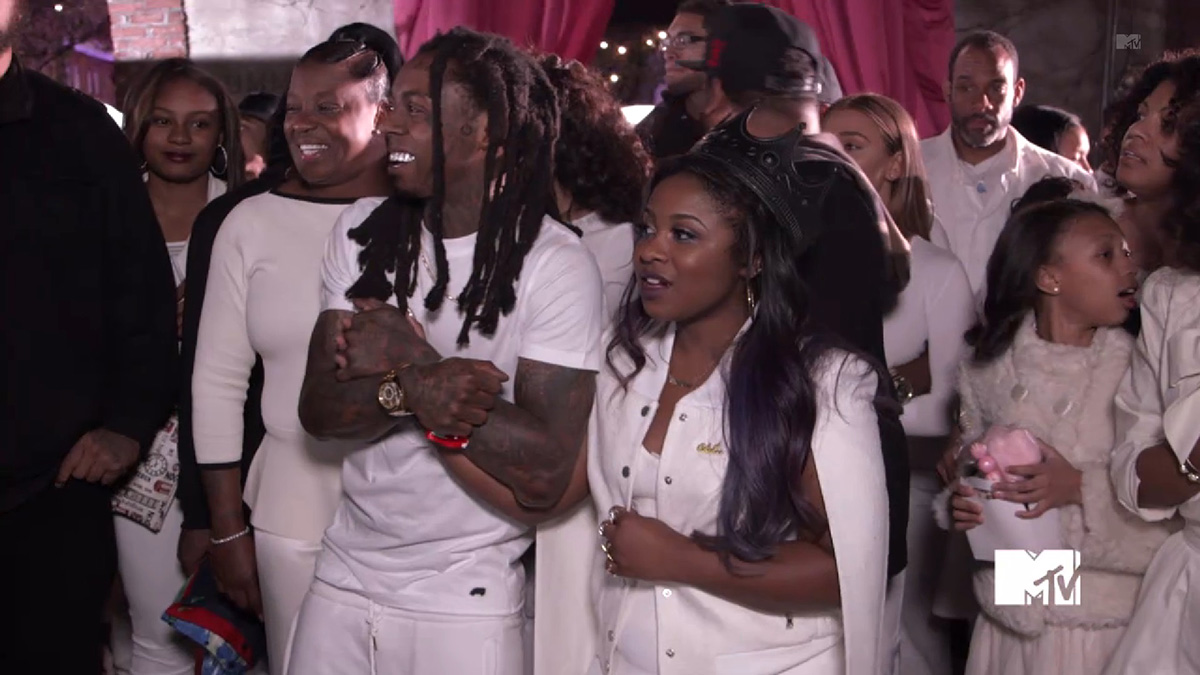 Lil Wayne’s only daughter Reginae Carter — who he shares with his ex-wife Toya Wright — turned 16 years old last November and she was treated like a superstar at her birthday party in Atlanta, which was recorded for a special episode of MTV’s “My Super Sweet 16” that aired Monday (Feb 16).

Throughout the episode, Reginae lets it be known that she can have whatever she wants and “there is no budget” because her daddy said so.

“It’s my sweet 16 and my dad’s about to spend some money, baby!” she exclaimed on the show. “I’m daddy’s little girl and he showers me with anything I want,” she said. “I’m gonna shut Atlanta down.”

And that’s exactly what she did with a huge winter white party that included four outfit changes and a surprise performance by Nicki Minaj, who arrived just in the nick of time. “Just when I thought I knew everything about this party, that’s when I see Nicki,” Reginae said. “Oh my gosh!”

The party also featured a performance from Hip Hop duo Rae Sremmurd and Reginae, who is an up and coming artist, also sang her debut single “Mind Going Crazy.” She arrived to the shindig in a horse-drawn carriage and wore a long glitzy gown for her first outfit.

To top everything off, Nae was gifted with not just one, but TWO brand new cars: a red BMW and a Ferrari GTO. “I got the Ferrari. Two cars?” she said. “What! I’m killing it. This will make history.”‘