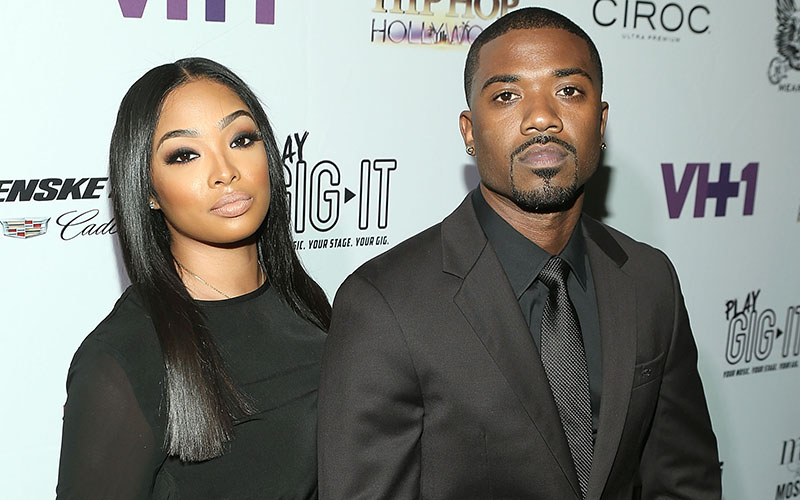 According to TMZ, the “Love and Hip Hop: Hollywood” star was beaten badly by his girlfriend Princess Love at the hotel they were staying in.

Things got so bad that Ray ended up with several cracked ribs, a busted lip and a torn ACL. (WTF??)

Law enforcement tells us, it happened last Wednesday, after Ray J returned to his hotel after spending the night with TV producers at a strip joint. Ray — who stars in “Love and Hip Hop: Hollywood” with Princess Love — told cops Princess went ballistic and attacked him, cracking several ribs, busting his lip open and tearing his ACL.

Someone in the hotel told cops they heard Princess scream, “I’m gonna kill you.”

We’re told Ray J ran out of the room and a hotel security guy saw him bleeding and called 911. We’re told Princess was arrested and booked for domestic abuse and battery.

And sources say Ray J himself bailed her out and paid $10K for her lawyer.

If you can recall last season on the show, Princess threw a glass of wine on Ray J during a heated argument and as he tried to defend himself he ended up pushing her in a nearby pool.

So this comes as no big surprise that the two got into a physical altercation, but damn who knew Princess had enough power to beat a grown man’s AZZ?!?!

And top it all off, Ray J bails her out hours later. If anything he should have been filing a restraining order, SMH.