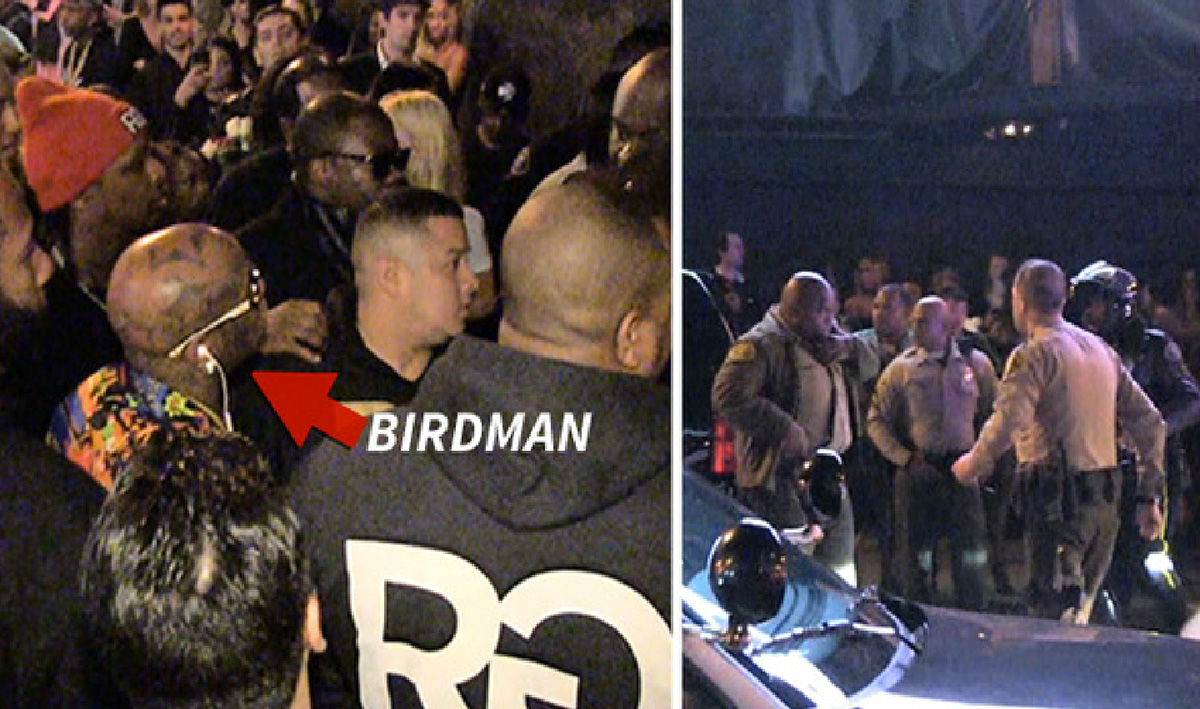 Birdman is starting to look like a fool out here in these streets.

This past weekend, the Cash Money CEO and his crew were denied entry at Nicki Minaj’s pre-Grammy party in West Hollywood … and it was all captured on camera.

While Nicki and her rumored boo Meek Mill were inside partying with friends, Birdman was spotted being screamed at and told “No!” from security as if he was a “D-list” celebrity.

Cops even arrived on the scene in case things got out of hand, which makes us think this was already planned.

We hate to say it, but it looks like Nicki — who has remained neutral so far in the Birdman vs. Lil Wayne feud — is letting her possibly soon-to-be former boss know whose side she’s taking.

Unless Birdman wants the Barbs and “Wayniacs” on his azz, he might want to go ahead and cut Wayne that check.

There’s talk Nicki is going to bail on Birdman’s Cash Money and follow Lil Wayne, so the fact that the mogul was sent walking seems like a big deal. He showed up at 1:45 AM and the club is supposed to close at 2, and you hear a guy at the door tell Birdman’s posse the club was already closed.