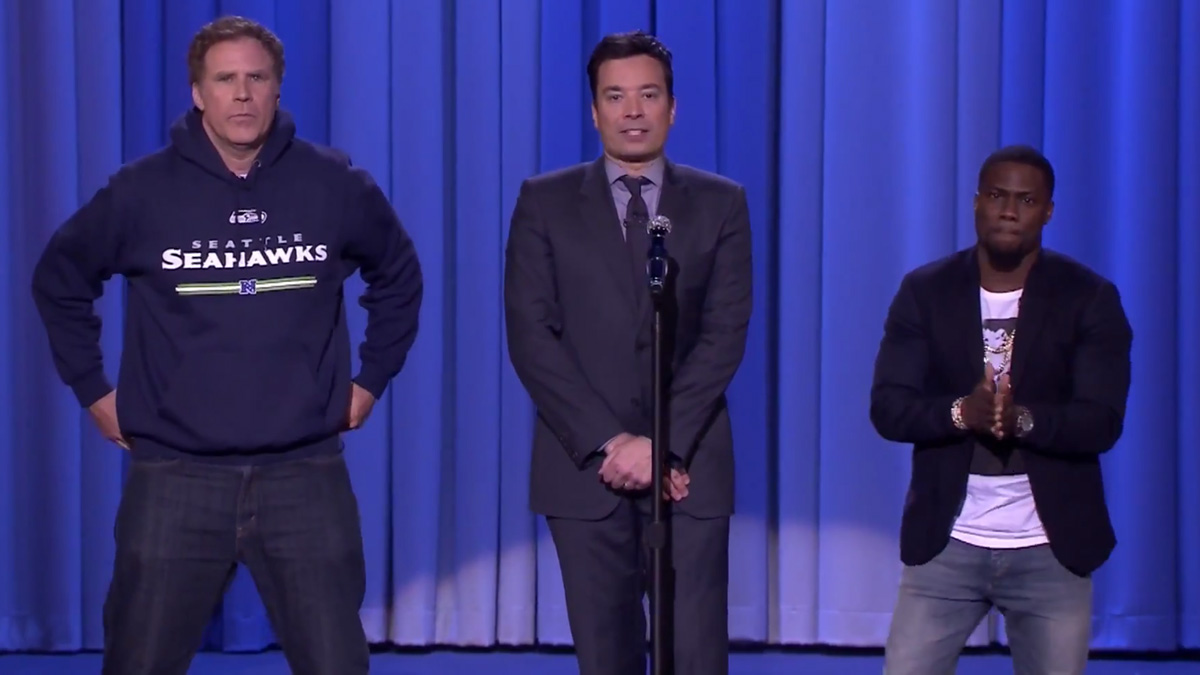 To promote their upcoming film “Get Hard,” Will Ferrell and Kevin Hart made an appearance on “The Tonight Show Starring Jimmy Fallon” last night on Super Bowl Sunday.

During their visit on the show, Will, Kevin, and Jimmy competed in a “lip sync battle,” which is something we never knew existed until last night (LOL).

Will was the first up to perform and chose Beyonce’s “Drunk In Love” as his song. Will even pulled out a few raunchy moves from the video. TOO HILARIOUS.

Next up, Jimmy rocked the stage with Kelly Clarkson’s “Since U Been Gone”, and Kevin sang John Legend’s “All of Me” to his co-star Will Ferrell, who playfully broke down into tears.

The second round of performances started off with Will Ferrell performing “Let It Go” from the movie “Frozen.” (Yes you read that right!)

Jimmy Fallon surprised the crowd and brought out Drew Barrymore to assist him with “(I’ve Had) The Time of My Life” (from the “Dirty Dancing” movie) and Kevin took us right back to this year’s Superbowl Halftime Show with Katy Perry’s “Roar.”

Peep the hilarious footage below … you don’t want to miss this!