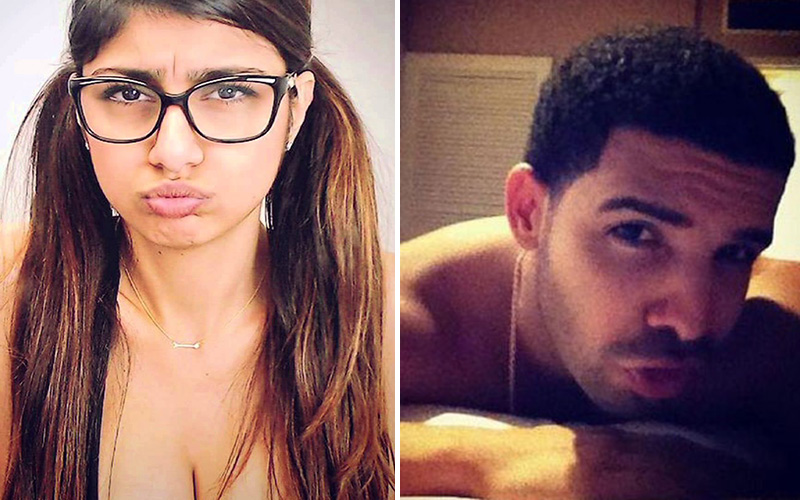 In a recent interview with CBS Miami radio station WQAM, Khalifa revealed that a famous person with a name that rhymes with “Rake” attempted to slide into her Instagram DMs, but to no avail.

WQAM: What famous person has tried to contact you?

MIA: Oh I would never reveal that?

MIA: No way, I would never reveal that, that’s rude.

WQAM: Give me a name it rhymes with?

Without doing too much thinking, it’s obvious she’s talking about the world-famous rapper Drake.

Mia Khalifa went on to say that Drake (or “Rake”) sent her a half-naked picture of himself and she called the whole thing “cringeworthy.”

“It was flattering, but his intentions were obviously clear,” Khalifa said. “It was so cringeworthy.”

When the radio host joked that he imagined “Rake” would probably send a photo of himself “that was him just laying on the bed shirtless kind of sad looking,” Khalifa laughed and said he was about “halfway there.”