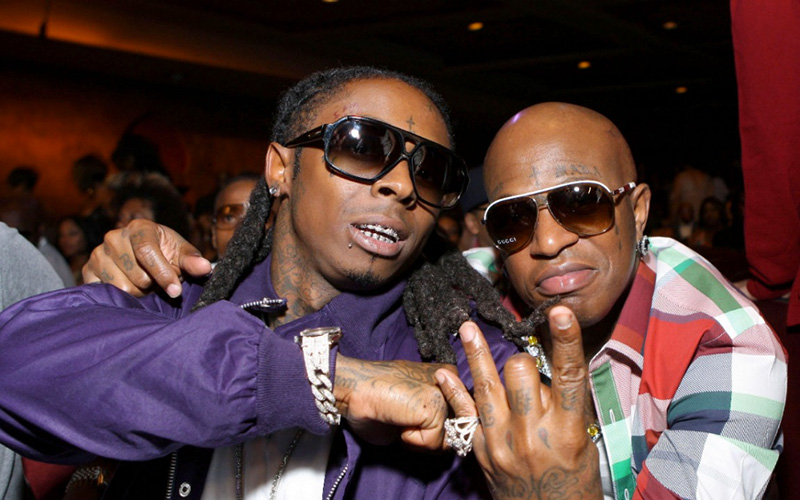 Lil Wayne’s public feud with Birdman and Cash Money Records has gone from Twitter to wax, and now possibly court. TMZ is reporting that Weezy could be preparing to sue his “daddy” for $8 million.

The news should come as no surprise to those who have been watching this situation closely as both parties have been going back-and-forth for weeks over the release of Wayne’s next album ‘Tha Carter V.’

According to TMZ, Tunechi and Birdman tried working things out last week, but because they can’t come to a mutual agreement, Wayne is ready to take his longtime mentor to court, where he’ll ask a judge to free him from his Cash Money contract and the control Birdman has over him because of said contract.

Wayne’s stance is that Birdman violated their contractual agreement by not releasing Carter V, and the $8 million he’s suing for is his promised advance for the album.

As The Smoking Section points out, if they do go to court, all of the dirty laundry Cash Money has collected over the yearscould be brought to the forefront, in regards to their unscrupulous business dealings and a number of artists and producers not receiving money for their work.

For Birdman’s part, he has yet to address the situation publicly, but someone within the camp told TMZ he’s pissed at Wayne for airing out their issues on social media and in his lyrics.

Birdman has reportedly assured fans that ‘Tha Carter V’ will come out when it’s time. But obviously that’s not good enough for Wayne because he wants the album out not now, but right now, which is why he even put together ‘Sorry 4 the Wait 2’ in the first place.

Lil Wayne also says he’ll continue to release music, with or without the label he’s been signed to since he was nine years old.