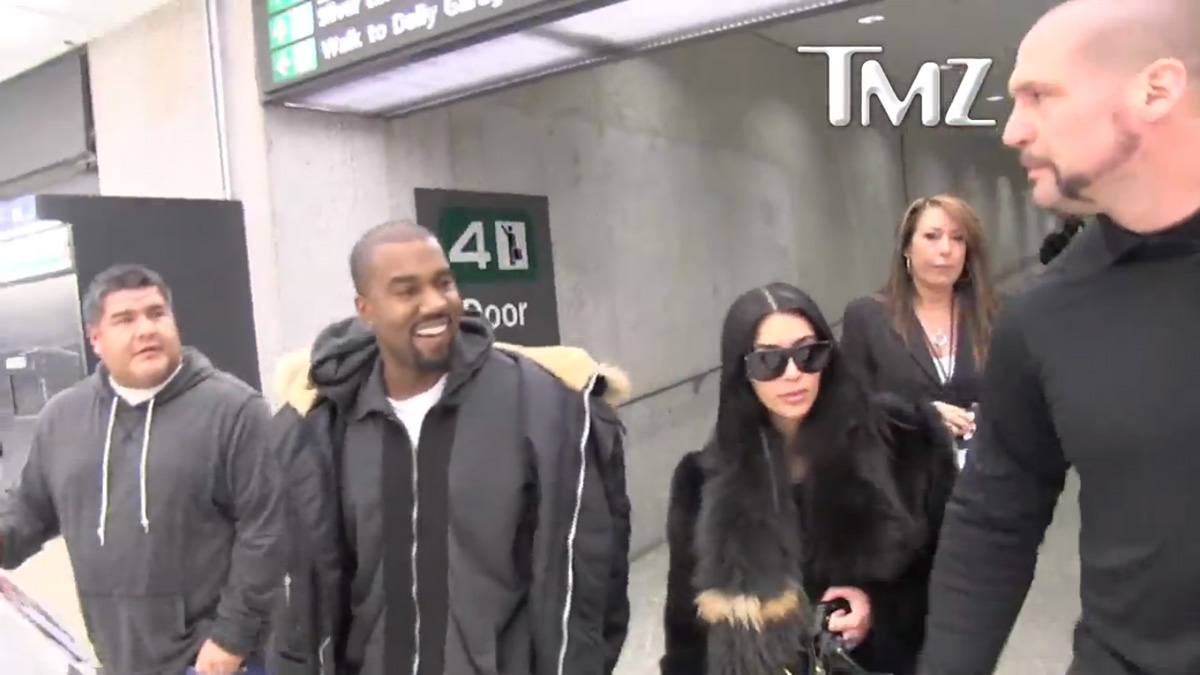 Well I’ll be damned. Kanye West is finally starting to act his age and wear his big boy pants the right way.

After arriving to Washington D.C. on Sunday (Jan 25), Kanye was “tried” by a random guy who asked the rapper to autograph a picture of his wife Kim Kardashian, which actually turned out to be a photo from Kim’s wedding to Kris Humphries.

Instead of having one of his regular temper tantrums — or giving the guy a 40-minute lecture about how he’s a god and how we shouldn’t have ever let Michael Jordan play for the Wizzards — Kanye just smiled and politely refused to sign the magazine cover, saying, “Nah, man, you just put out the wrong picture!”

Kim also happened to be there and seemed totally unbothered considering her hubby handled himself very well.

Peep the footage captured by TMZ below: