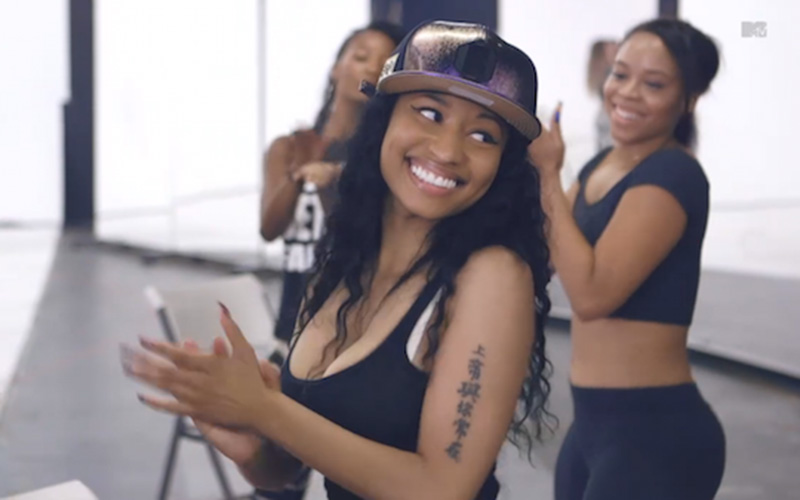 The 40-minute documentary gives us a behind the scenes look at Nicki Minaj as she prepares to release her latest album ‘The Pinkprint.’ It also features footage of her rehearsing for her MTV VMAs performance and the drama surrounding it, including the incident when a snake bit one of her dancers and her infamous wardrobe malfunction during the show.

Nicki returns to her hometown of Queens for a day and spends quality time with her friends and family. We also get to see rare emotional moments form Nicki as she opens up about breaking up with her boyfriend of the past 11 years Safaree Samuels, which inspired ‘The Pinkprint.’

Nicki also talks about the abortion she had when she was a teenager (which she mentioned in the Pinkprint song “All Things Go”) and her desire to be a mother one day. She said, “I think four years from now is the time to have a child, I would have to be married first. I think there is a housewife somewhere in here.”