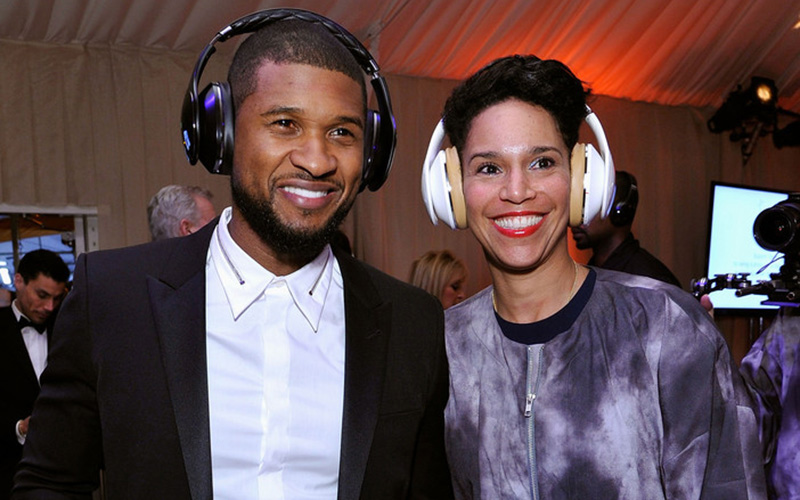 Looks like Usher is trying his hand at marriage again, because he and his girlfriend of the past six years are reportedly engaged.

Multiple sources have confirmed that Usher proposed to Grace Miguel, who is eight years his senior, and of course she said yes. She’s also been spotted rocking a huge sparkler on her finger.

“She’s happy but they’re trying to keep it quiet,” an insider tells Us of the private couple, who looked cozy with one another at the Golden Globes Art of Elysium Heaven Gala in Los Angeles on Jan. 10. Miguel’s ring finger was noticeably adorned with a giant diamond ring at the event.

Miguel’s “giant diamond ring” is so big that a Page Six “spy” told the newspaper earlier this month, “It’s a huge diamond … You wouldn’t think it was an engagement ring because it’s so big, but it could be one.”

Usher and Grace have been together since 2009 when Usher filed for divorce from his first wife Tameka Foster Glover Raymond. Usher won primary custody of his two sons following his divorce from Tameka.

“I have an incredible partner and manager,” the 36-year-old Grammy winner told Billboard magazine in October about Grace Miguel — who has been his manager for the past three years. “She has helped me through some of the hardest times in my life and my career.”

According to Straight From The A, though neither Grace and Usher have acknowledged the engagement reports, the couple have been proudly showing off Grace’s massive rock on social media. So much for “trying to keep it quiet.”