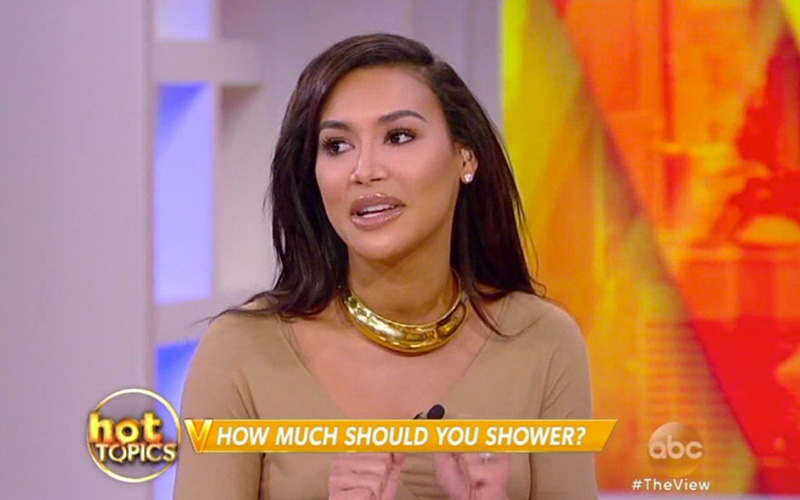 Naya Rivera’s controlling ways may not be the only reason Big Sean parted ways with his former fiancé.

The “Glee” actress made an appearance on “The View” yesterday and revealed that she doesn’t shower every day. According to Rivera, showering on a daily basis is a “white people thing.”

Naya also talked about her husband Ryan Dorsey (who is also white) and how he showers 2 – 3 times a day, which she believes is way too much.