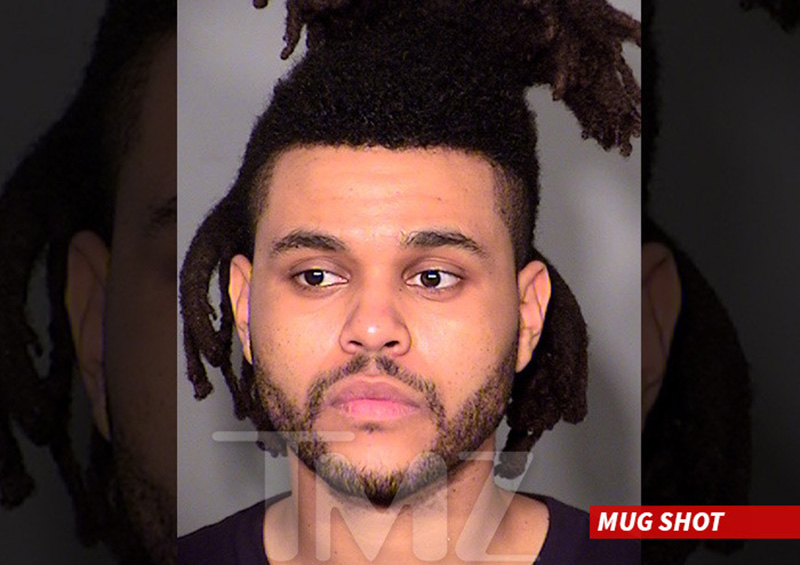 What happens in Vegas, stays in Vegas. Unless you’re The Weeknd!

The “PBR&B” singer got a little too turnt this past Weekend in Sin City, and he was arrested after he got into a scuffle which led to him allegedly punching a cop in the face.

Law enforcement sources tell us a fight allegedly involving Weeknd started inside the Cromwell Hotel around 4:20 AM … and when they arrived, the fight was still raging.

We’re told cops attempted to break up the fight, and one of them pulled the singer into an elevator during the scuffle. That’s when Weeknd allegedly punched him in the head.

The singer — best known for his duet “Love Me Harder” with Ariana Grande — was instantly hauled off to jail for battery of a protected person.

After he was bailed out … Weeknd posted a pic of himself boarding a private jet with the caption, “escaped from Las Vegas.”

DAMN! It’s crazy how most of these R&B singers are turning out to be more gangster than your favorite “trap rappers.”