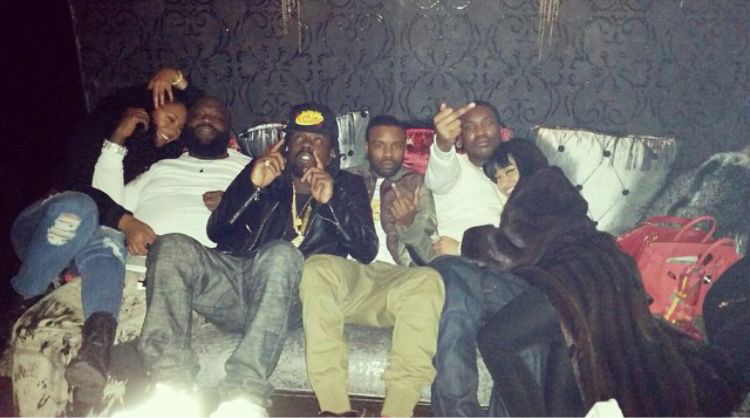 Further fueling rumors that they’re an item, Nicki and Meek — who are now being aptly referred to as “Omeeka” — were spotted hugged up on a couch alongside Wale, MMG boss Rick Ross and his girlfriend Ming Lee at an afterparty for Wale’s “Simply Nothing” tour stop in Philadelphia. The sighting comes just days after the rappers posted a selfie that had social media and the blogs buzzing.

Apparently, Meek has been plotting on getting with Nicki for quite some time. See these tweets from 2010: