GOSSIPONTHIS.COM Celebs Ludacris & Eudoxie Got Married the Same Day They Got Engaged 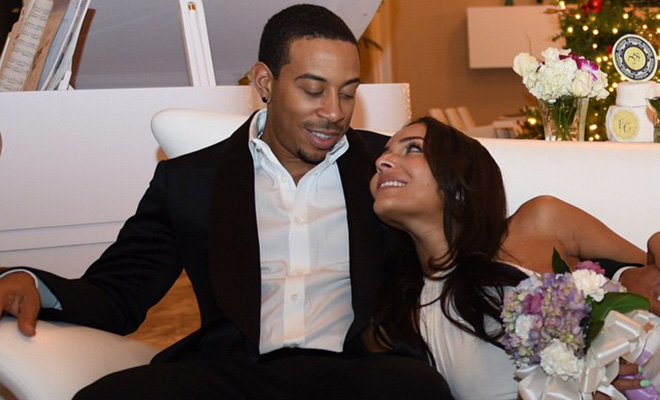 Who gets engaged AND married on the same day? Ludacris and his fiancée Eudoxie did, if reports from TMZ are to be believed.

According to our sources, Luda popped the question to long time GF Eudoxie during the day … then took her out to dinner at a Georgia restaurant. When they returned home, a wedding dress was draped over a piece of furniture.

This was all a surprise to Eudoxie, but she was game so they got married on the spot. A few friends and family members were there to celebrate.

Luda’s mom reportedly picked out the dress, which according to People, came straight from Eudoxie’s closet:

She selected a dress she already had in her closet, then added a few finishing touches (sparkling geometric earrings, a sophisticated nude lip and her “something blue,” hydrangeas as part of her bridal bouquet) and she was ready to say “I do” in front of a small group of friends and family. “Eudoxie wanted a simple ceremony and it was exactly what she dreamed,” says a source.

Luda announced that he was a married man on Instagram with a photo he captioned, “Why wait? Did the thing before 2015. #mrandmrsbridges.”

Eudoxie also posted her own happily married message on Instagram: “Great way to go into the new year!”