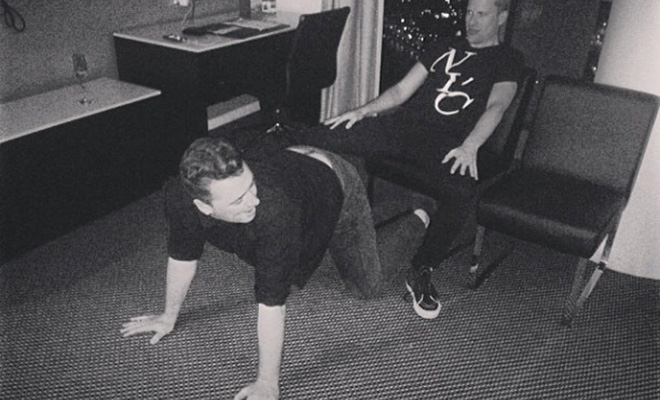 Some things can’t be unseen, and this image of Sam Smith pretending to be Nicki Minaj twerking on Drake is one of them.

Sam Smith and his boyfriend Jonathan Zeizel have been on vacation with friends in Sydney, Austrlia, and while there, the couple made their relationship “Instagram official” by sharing a few intimate photos, including a selfie and this photo of them recreating Kate Winselt and Leonardo DiCaprio’s famous “Titanic” scene

Another photo shows Sam and another guy (not his boyfriend) reenacting the last scene in Nicki Minaj’s infamous “Anaconda” video when she twerks on Drake.

Whoops! Wrong photo. This is the correct one:

Sam Smith said he and Jon met while filming Sam’s video for “Like I Can.” Jon was “one of the 20 extras,” the 22-year-old singer told British tabloid The Sun.