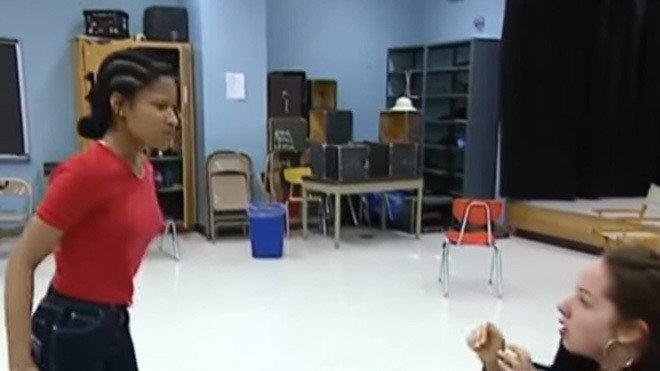 Before Nicki Minaj became the big superstar she is today, the Young Money rapper was already proving that she had a promising future in the entertainment industry.

Earlier this year, Nicki made her big-screen acting debut in the romantic comedy “The Other Woman,” alongside Cameron Diaz. And this past weekend, the British TV series “You Saw Them Here First” pulled out old footage of Nicki during her high school days — back when she was just Onika Maraj — giving fans a brief glimpse at her pre-fame acting chops.

Peep old footage of Nicki acting in drama class and taking tips from her teacher above!