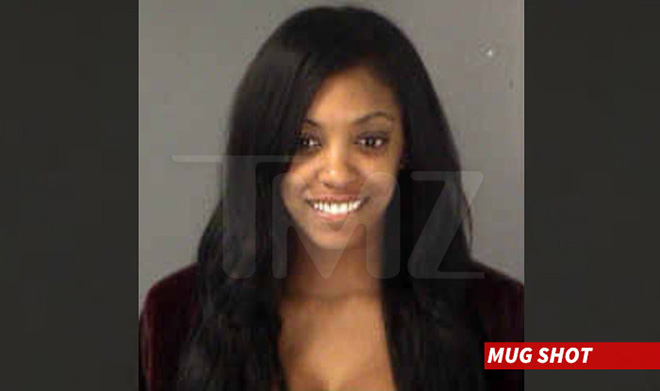 That makes TWO mugshots for Porsha!

“Real Housewives of Atlanta” cast member Porsha Williams posed for this mugshot after she was arrested Monday (Dec 29) in ATL for speeding.

According to TMZ, cops say Porsha was going 78 mph in a 55 mph zone. They also claim Porsha was driving with a suspended license.

Porsha was booked and released after posting $1,726 bond. The reality star has since released a statement apologizing for what happened and explaining why she was speeding:

I was headed to visit my grandfather who is very ill with cancer in the hospital, and I was pulled over. I was wrong for speeding absolutely and apologize for putting anyone at risk. I tried to explain the situation to the officer and show him that all my paperwork was in order, but he refused. Handcuffs are not comfortable or a good look for anyone. I was released, I have my license, my car, and my freedom.

Our thoughts are with Porsha and her family at this obviously difficult time … and we’re wishing for a speedy recovery for her grandfather.