GOSSIPONTHIS.COM Celebs Lil Wayne Now Has Even MORE Tattoos on His Face 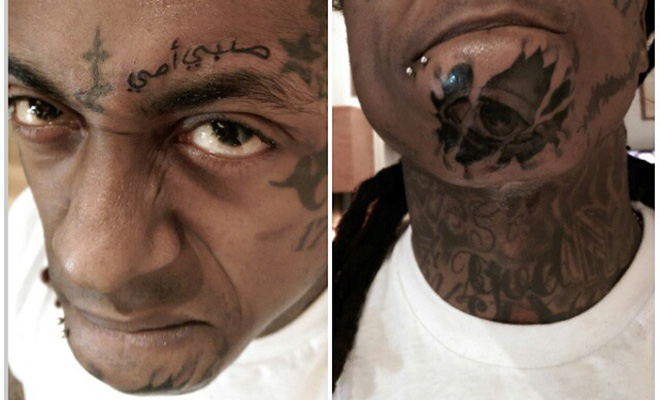 Lil Wayne recently took some time away from dealing with his record label problems to get some new ink work done on his face … as if he doesn’t have enough already.

A tattoo artist named Spider posted pics of a few tats Weezy got done on his face in his shop. “Couple pieces I did on my man Lil Wayne. A very hospitable and professional client, thanks Wayne!” he wrote along with the photos on Instagram.

According to LilWayneHQ, one of the tats is the Eye of Providence (on Weezy’s chin) and the other is supposed to read “Mumma’s Boy” in Arabic (above his left eye), though there’s some debate about that.