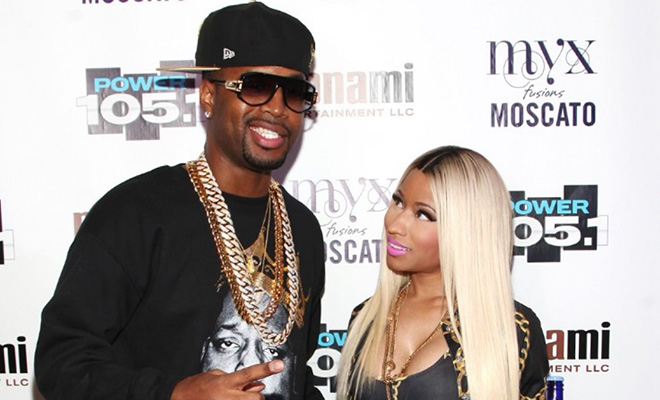 Nicki Minaj’s ex-boyfriend Safaree “SB” Samuels is reportedly taking their breakup so hard that he’s having suicidal thoughts over it.

Since Nicki called it quits, sources close to Safaree are saying that he is an emotional wreck and is taking the break-up very hard.

Friends claim Safaree — who blames Meek Mill for the split — has also talked about suicide and spends most of his time smoking weed and taking depression meds.

He’s become a shut-in, spends days and nights smoking weed, and has talked openly about suicide.

Safaree is telling friends he won’t get in touch with Nicki because she’s now hooked up with Meek Mill. He says it’s torture for him, because he believes Meek Mill destroyed his relationship with Nicki over false claims he cheated.

Safaree’s friends say they’re scared these are more than idle threats. They’ve urged him to see a shrink. The problem … he’s seeing one whom he says has been giving him meds that make him even more emotional.

We kinda feel bad for the guy … but there’s no one worth taking your own life over. Not even Nicki Minaj.