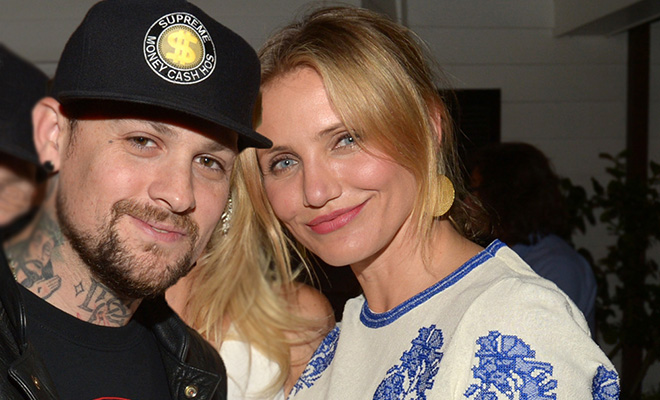 Earlier this month in an interview with Cosmopolitan, Cameron Diaz refused to confirm or deny “reports of an upcoming wedding to Benji Madden,” but US Weekly seems to have beaten her to the punch.

Multiple sources have confirmed to the magazine that the actress and the Good Charlotte rocker are engaged to be married after just seven months of dating.

The Charlie’s Angels actress, 42, who has previously dated Justin Timberlake and Alex Rodriguez, amongst others, first stepped out with Madden, 35, in May of this year. And after a whirlwind seven-month romance the happy couple are ready to make things official!

“Everyone thinks it’s wild but are so happy for them,” one source told Us. “Benji always tends to fall in love easily, but this time it’s for real and he landed a great girl. They obviously both make each other incredibly happy and there’s nothing better than that.”

In September, a friend of the couple revealed to Us that Madden (whose twin brother and bandmate is Joel Madden, husband of Nicole Richie), was keen to do things right when it came to his relationship with Diaz.

“He is more traditional then her,” the pal said. “She really doesn’t care about getting married but wants babies. He wants to get engaged and married first.”

Reps for the couple have yet to respond to the reports, but congrats nevertheless!