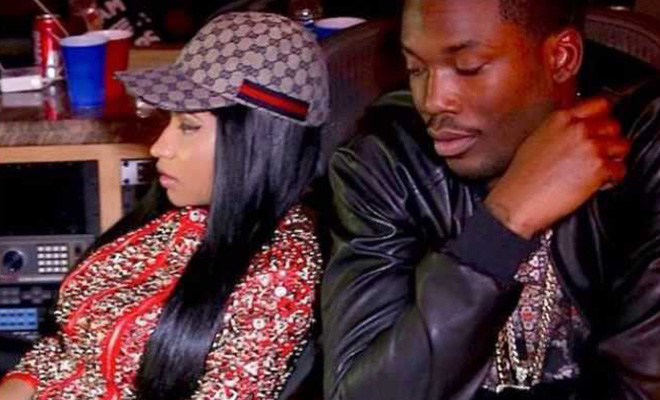 It hasn’t been long since Nicki Minaj called things off with her longtime boyfriend Safaree “SB” Samuel and rumors have already sparked that she is dating another rapper.

According to the gossip blogs, Nicki is dating MMG rapper Meek Mill.

Nicki made a guest appearance on Power 106’s Big Boy Neighborhood yesterday and was drilled about her relationship with Meek.

Nicki revealed that Meek (likely through a third party) sent her two songs for her new album ‘The Pinkprint’ while he was in jail, but denied there was anything romantic going on between the two.

She also seemed to be a mixture of embarrassed and annoyed about all the Meek Mill questions, which makes us wonder if she was telling the whole truth.