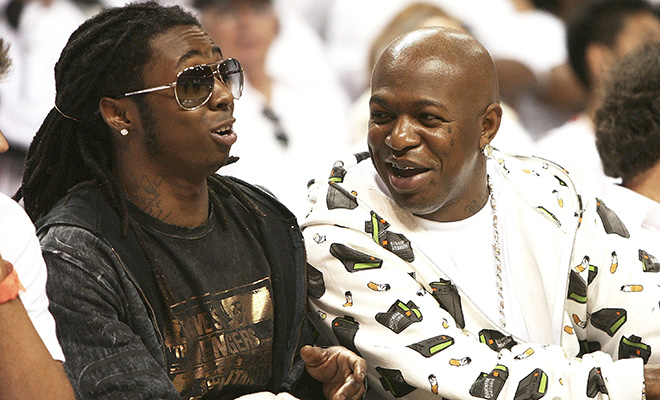 Birdman isn’t going to let Lil Wayne go anywhere anytime soon … and if he does, he’s not doing it without a fight.

As you may already know, Wayne took to Twitter two weeks ago to air out his problems with Cash Money over the release of his new album Tha Carter V.

In a number of tweets, Weezy made it clear that he wanted off the label and nothing to do with the people behind it. Or in other words, he’s done with Birdman, but it appears Birdman isn’t done with Wayne … and Birdman has a guaranteed way to keep under Wayne under his control.

Sources close to the Cash Money head honcho tell TMZ that Birdman was offended by Wayne’s Twitter rant and claims that he won’t release his new album.

Birdman has also vowed to take matters to court if needed because Wayne is under contract.

Sources also say that Birdman still plans on releasing Tha Carter V, but had to delay the album due to administrative work, something Weezy knows nothing about because he’s “just a rapper, not a businessman.”

Last week Wayne tweeted something that made it seem like he was no longer (or didn’t want to be) a part of Cash Money:

YM! That's it. Nothing else.

What the hell is going on? This is so confusing.