GOSSIPONTHIS.COM Celebs Here is a Photo of Drake with a Black Eye 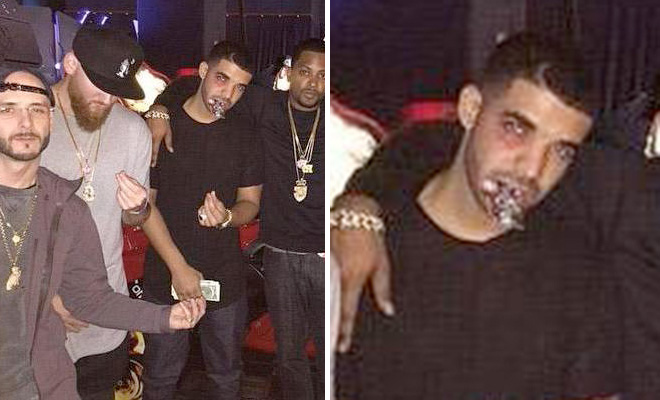 Over the weekend in Miami during this year’s Art Basel festivities, Drake was reportedly involved in a physical altercation with Diddy in which the former was punched in the face by the latter. Now there’s a photo floating around the web showing Drake sporting a black eye.

That is, unless Diddy somehow punched Drake so hard that the damage can be seen in a photo taken back in October around Drake’s birthday. But since that’s not possible, we’re just going to with “fake.” Notice how it’s flipped. And there’s no black eye.

Plus, do you REALLY think Drake would be out here in these streets showing off a fresh black eye? No way, Jose!