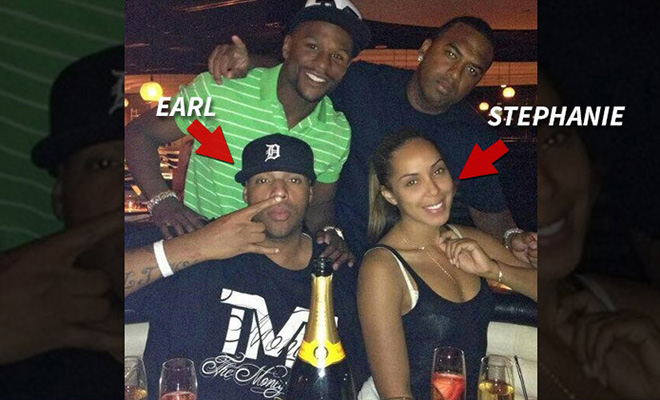 Earl Hayes, a rapper signed to Floyd Mayweather‘s Money Team shot and killed his wife Stephanie Moseley before turning the gun on himself … and Floyd reportedly watched the whole murder-suicide unfold on FaceTime.

We’re told residents at a swanky L.A. apartment complex near The Grove heard shots ring out early Monday morning. The SWAT team raced to the scene and knocked down the door of an apartment … and found 2 people shot to death.

The rapper Earl Hayes — who was once signed to Mayweather’s record label — often partied with Floyd. Moseley has been a backup dancer with numerous singers, including Chris Brown and Britney Spears.

Residents heard a woman screaming in the apartment before shots rang out. Sources connected with Moseley and Hayes tell TMZ … he had accused her of infidelity with a famous singer.

That “famous singer” is said to be R&B crooner Trey Songz, who hours after news of Moseley’s death broke tweeted: “R.I.P babygirl. Once an angel on earth, now watching over us from Heaven. You’ll b missed but never forgotten. Love.”

Sources connected with Earl Hayes told TMZ that around two years ago the rapper separated from his wife Stephanie because of her alleged affair with Trey Songz.

The couple reconciled, but a source said Hayes “was crushed and never got over it,” and he continuously brought the affair, constantly accusing his wife of having flings with various other entertainers.

Moseley was a backup dancer who worked with big names such as Chris Brown and Usher and she also appeared on the hit VH1 show “Hit the Floor.”

TMZ also reported that Floyd Mayweather witnessed the murder-suicide via FaceTime and heard everything after Earl called him Monday morning “in a rage” over his wife’s alleged infidelity.

According to our Floyd sources, Earl said he was going to kill his wife. The champ was pleading with him to get a grip … to no avail. Floyd will not say how much he saw, but he acknowledges he was a witness and heard everything.

It wouldn’t be surprising if Floyd ended up a part of the investigation since he’s the only person who witnessed what happened. 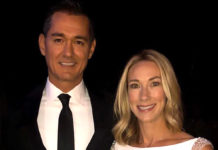