GOSSIPONTHIS.COM Celebs Chris Brown Apologized to Karrueche Tran for Blasting Her on Instagram 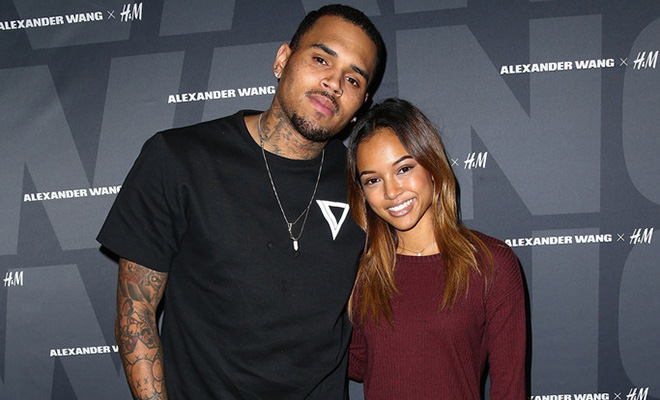 On Friday (Dec 5), Chris Brown happily revealed at Power 106’s Cali Christmas Concert that he and his longtime on-and-off girlfriend Karrueche Tran were ALL THE WAY DONE, and the next day, he put that girl on BLAST, accusing her of going out on dates with Drake and only visiting him one time when he was locked up.

And now Chris is apologizing to Karrueche for his mean words. He captioned a photo of himself literally hanging his head in shame:

“Being young and dumb is one of my strong suits and emotional at best. I love hard and react impulsively when I’m hurt at times. I don’t think social media is a place to air out or hash out personal problems and a nigga feel hella WACK for doing it. So I AM APOLOGIZING

“I live in a glass house and the same shit that makes me great also is my curse. Everybody know I love that girl. I don’t care how my image my look to the public because I’m still gonna be the best at what I do. I just want baby girl to know I apologize!”

Before his apology, Chris Brown had made it clear that he was totally done with Karrueche Tran. “How many single ladies we got in here tonight?” Brown said before performing ‘Loyal’ Friday night in Los Angeles. “Well, I’m single, too. Fuck that bitch.”

After news of the verbal confirmation of their break-up spread on Twitter, Karrueche tweeted:

Karrueche also posted a text image on Instagram that read, “When something bad happens you can either let it define you, let it destroy you or let it strengthen you. The choice is yours.”

She wrote in the caption:

“Once you find strength within yourself, it’s hard to allow any type of bs around you. I refuse to be repeatedly mistreated, especially by someone who claims to love me. That’s not love. And if that’s what you define as love then I don’t want it.

“Yes, I have not been so smart before in the past but I made a promise to be a better and stronger woman and I’m keeping that promise. If you can’t love me the right way, then don’t love me at all. Don’t be mad at me because I prefer to be happy…”

Brown then responded with a text image Instagram post of his own that read: “It amazes me that you can change and elevate somebody’s life completely and they treat you like a regular nigga… BUT IM SLEEP.”

Brown wrote in his caption:

“We’ve got scars, some of them u gave me, some of them I’ve caused. That ride or die act we have been fooling the world with obviously ain’t working. I was locked up for damn near 4 months and only got 1 visit from you while u was hosting parties and taking secret trips to Toronto, going on dates with Drake!

“When this relationship first started u knew what it was and even participated in threesomes. I slowed all that shit down. So let’s not try to save face for public opinion because I don’t need to play victim so people can take my side.

“All these celebrity niggas ain’t shit and focus only on themselves. I made it clear to the world who my girl was and made your life equal to mine even at the cost of me not focusing on my career at times. So miss me wit the bullshit…”

Chris and Karrueche have since deleted their IG posts, but you can see screenshots (via MTV News) here: