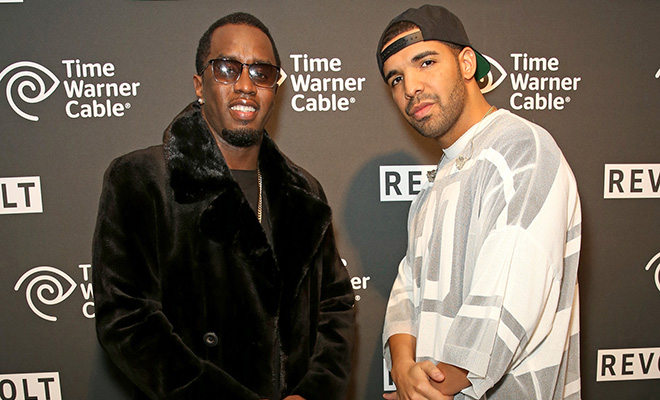 If we had a dollar for every time Drake‘s name was mentioned in some type of beef or brawl, we would be rich by now.

Early this morning (while the rest of us were sleeping), Drake and Diddy got into a physical altercation outside LIV nightclub in Miami.

According to TMZ‘s sources, two superstars were having a conversation about “business” when things escalated pretty quickly and ended up with Diddy punching Drake square in the face.

Diddy confronted Drake just outside LIV nightclub — where they’d both been partying — and the topic of conversation was business. During the tete-a-tete, voices were raised and according to eyewitnesses … Diddy said, “You will never disrespect me” … and then clocked Drizzy.

Our sources say it was just the one punch — Drake was stunned, but not knocked out. One report said the fight was over Diddy’s girlfriend, but we’re told that wasn’t the case.

Some reports claimed the “fight” was over Diddy’s longtime girlfriend Cassie, but sources close to the situation told TMZ that wasn’t the case. Other sources said Drake dislocated his shoulder and had to be taken to the hospital.

And while TMZ’s report mentions Drake only being punched once, a witness who was at the club told the New York Daily News “Diddy punched Drake three times,” and it was over something about Drake disrespecting Diddy by using his music without acquiring the proper rights.

“(Diddy) had his security walk over to Drake’s table and let them know that Diddy wanted to talk to him outside around 4 a.m.,” a club insider told The News on Monday.

“Drake definitely got the s–t kicked out of him,” said Bullet magazine editor Ray LeMoine, who’d been partying at LIV earlier that weekend and got a flurry of texts from friends who’d stayed behind. “I heard they were taking him to the hospital.”

Drake at the Hospital Smh.

He dislocated his Shoulder.

Diddy must still be pissed off about Drake disrespectfully snatching that mic out of his hand earlier this year during NBA All-Star Weekend. Guess he finally got Drizzy back for that one!

Watch The Breakfast Club discuss the incident on their morning show here: