GOSSIPONTHIS.COM Celebs Lil Wayne Wants to be Released from Cash Money: “I Am a... 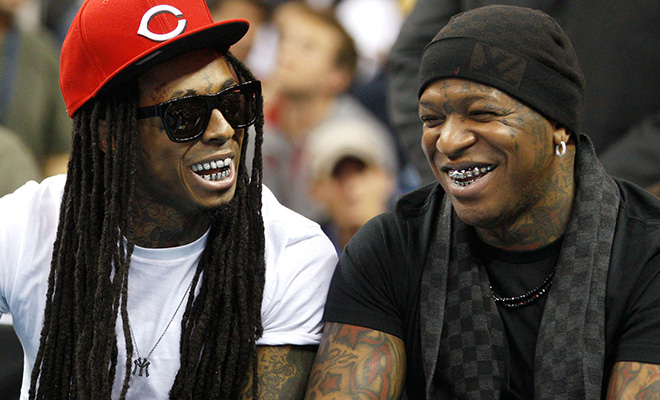 Who saw this one coming?

Lil Wayne took to Twitter yesterday to vent about how he SERIOUSLY wants out of his Young Money contract.

In a series of tweets, Wayne revealed that he is fed up with Birdman and Cash Money because they refuse to release his highly anticipated upcoming album Tha Carter V.

Wayne also said he no longer wants anything to do with the label or the people behind it, and he feels like he and his creativity are both being held “prisoner.”

This is not my fault. I am truly and deeply sorry to all my fans but most of all to myself and my family for putting us in this situation.

It’s funny how Tyga was complaining about the same exact thing last month in regards to his own album. Looks like Weezy is feeling the heat now too.

It’s a sad day when the guy who practically put Young Money on his shoulders and made the label what it is today can’t even get his material out. Wonder what Drake and Nicki have to say about all of this?

Meanwhile, Wayne’s arch nemesis Pusha T seems to be enjoying himself and is advising Tunechi to come on over to the label he calls home:

@LilTunechi if u wanna drop albums & don't want your CEO's rubbing they hands all in your videos, COME TO GOOD MUSIC!! (Suge Knight voice)

I never lied to the people not one time. pic.twitter.com/ssQtXHx75f