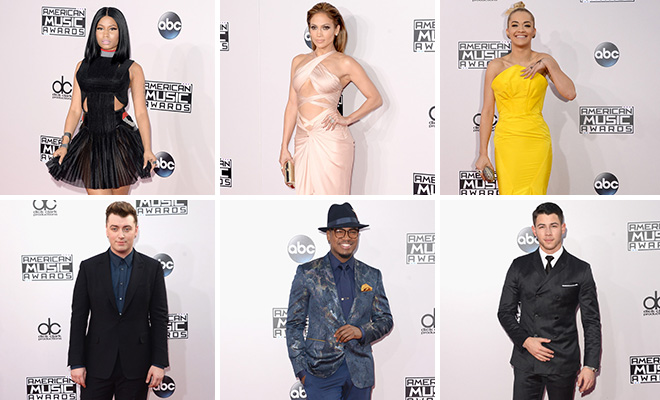 The 2014 American Music Awards were held in Los Angeles Sunday night (Nov 23), and before the show, your favorite stars descended on the red carpet to show off their outfits (or lack thereof).

Nicki Minaj stunned in a short black Alexander Wang dress, Rita Ora rocked a yellow Zac Posen gown, Jessie J and her new boyfriend Luke James were stylish in matching black-and-white outfits … and Ariana Grande‘s older brother, TV personality Frankie J. Grande, showed up looking like a cartoon, rocking a literally painted on shirt with a pink bowtie. Oh, and Star Jones (why was she even there?) looked like an old hooker.

Check out a bunch of red carpet photos from the 2014 American Music Awards here: