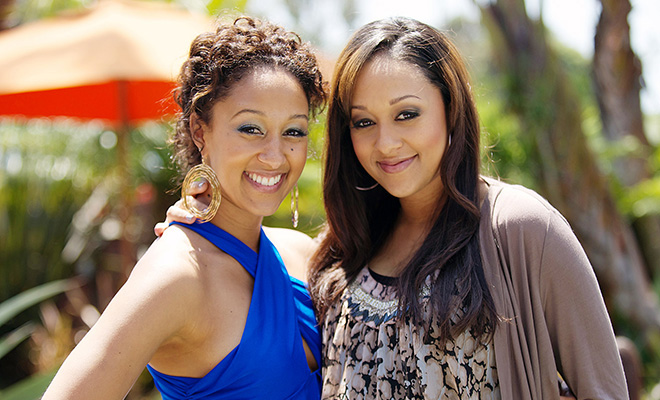 Tamera Mowry-Hously has earned a great deal of fame and fortune being a twin, and even though she loves her sister Tia Mowry-Hardrict to death, Tamera says she sometimes wishes she didn’t have someone out there who looks, walks and talks just like her.

During the November 17th episode of “The Real,” while sitting in the Hot Seat, Tamera admitted that sometimes she wishes she wasn’t a twin.

“People see you as two people and I had to fight for a really, really long time — along with my sister — to tell people, you know, we’re individuals,” Tamera continued. Tamera’s co-hosts Adrienne Bailon and Tamar Braxton both gave her a round of applause and told her that they loved her as an individual.

It appears that being a twin has been pretty tough on Tamera. In a previous segment, Tamera grew very emotional when discussing how as a twin she had been compared all too often to her sister Tia, and it eventually made her insecure about being pegged the “goofy”, “cute” sister, while Tia was dubbed the “sexy” twin.

“I used to get all the time when I was 16 years old and I kept it. And going to college I would read that. And guys would always go ‘oh, you’re so goofy’ and I always thought it was a negative term because all I wanted to be was sexy,” Tamera said.