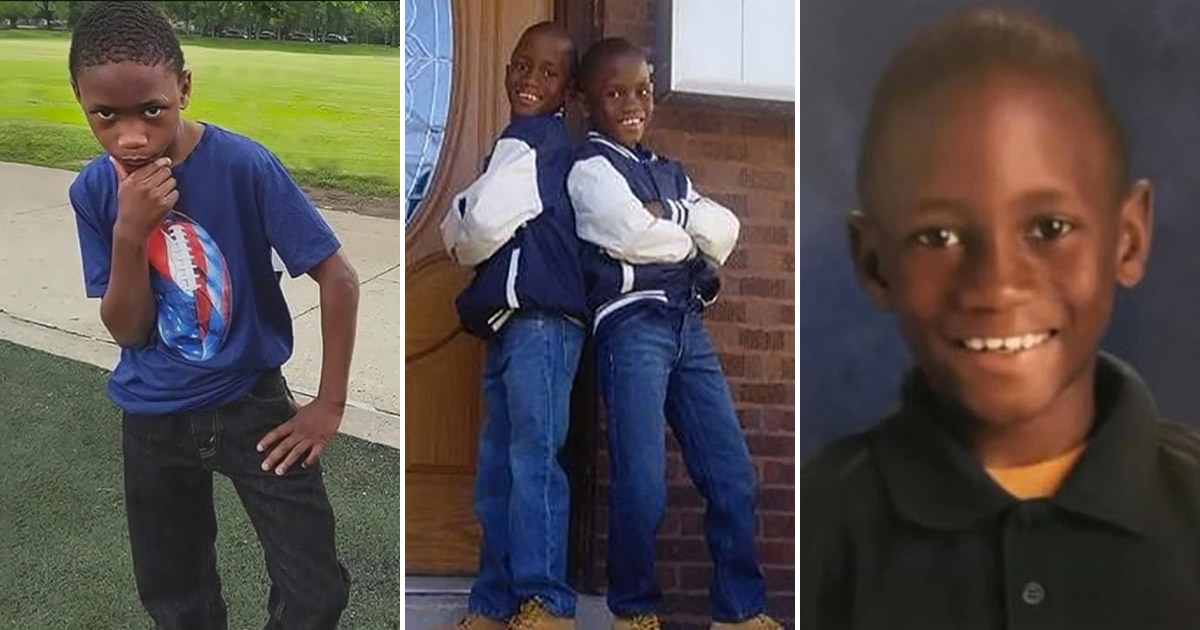 A Chicago family is devastated after a 12-year-old boy was shot and killed in front of his twin brother in Northwest Indiana over the weekend.

Demetrius Townsel Jr. was shot in Gary Saturday night (May 16) while riding in the backseat of a car next to his twin brother Darius, according to reports.

Police said there were a total of five people in the vehicle when the shots were fired. The boys were reportedly visiting family in the area and were with their cousins in the car. The driver of the vehicle was a 21-year-old woman.

Immediately after the shooting, the woman drove straight to the hospital and was eventually joined by a police escort.

Demetrius’ twin brother Darius held him throughout the 2-mile journey to the hospital and tried to save his life by putting pressure on the bullet wound, community activist Andrew Holmes said.

But the sixth-grader, unfortunately, succumbed to his injuries and was pronounced dead at 9:36 p.m., according to the Lake County coroner’s office.

No one else was injured in the shooting and police said they don’t have anyone in custody.

“We believe at this time that no one in the car was a target and it was a random shooting into the vehicle,” Gary Police Department Commander Jack Hamady said.

Detectives are asking for the public’s help to help identify the gunman, who Hamady said was on foot and described as a black male with a thin build, dreadlocks and all-black clothing.

Meanwhile, Demetrius’ family is demanding justice and is pleading with the shooter to turn himself in.

“I can’t hold my baby anymore. Please turn yourself in,” his mother, Katherine Brown, said. “I go home empty. I miss his laugh. I miss him.”

“I miss my brother,” Darius said at a memorial on Monday (May 18). “He was the funniest dude I’ve ever known. Picked everybody up, made them laugh.”

The twin brothers are students at R.J. Daley Elementary Academy in Chicago’s Back of the Yards neighborhood.

“It’s unfortunate that something like this would happen to a 12-year-old child,” Lenearl Lightfoot, Demetrius’ stepfather said.

“I was a victim of gun violence myself. The first time I got shot I was 12 years old. Makes me more determined to find out who did this to him.”

A GoFundMe has been created to help Demetrius’ family with funeral expenses. “My 12-year-old son was unexpectedly killed… and I need to raise money to bury him in peace,” his father wrote on the page.