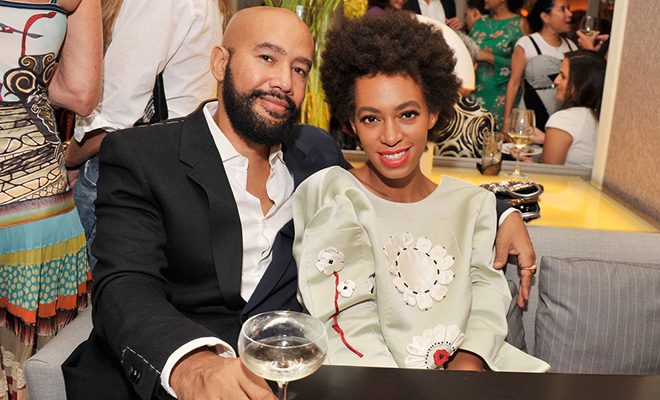 Rumors are swirling that Solange and her longtime boyfriend Alan Ferguson are getting married this Sunday (Nov 16) in New Orleans, where Solange has reportedly been living with her 10-year-old son Julez.

Though explicit details of the wedding are being kept a secret, US Weekly has managed to somehow obtain the weekend’s schedule.

On Friday, Nov. 14, the group will enjoy a movie night together before Saturday’s rehearsal dinner. Then on Sunday, Nov. 16, Knowles and Ferguson will make it official in front of friends and family.

Solange and Alan, a 51-year-old music video director who has worked with Beyoncé, have been dating for the past six years, and Alan is so close with the Carter-Knowles family that he was spotted having lunch with them after Solange’s infamous elevator attack on Jay Z was leaked to the media.

Alan also accepted an award with Beyoncé for Director of the Year at the 2012 BET Awards for their collaborative work on videos for “Party” and “Dance For You.”

Though Solange doesn’t talk about her private life too often, she did post a photo of her and Alan hugging during a Jamaican vacation back in June to celebrate her 28th birthday, which is when Alan is believed to have popped the question. Knowles has since deleted the image, but the caption that accompanied it was very telling: “Today couldn’t have been more perfect. I couldn’t have smiled harder. Thank you for all of your lovely and wonderful wishes. They warmed my heart and I simply feel grateful for all of the love.”

If the rumors are indeed true, this won’t be Solange’s first time at the rodeo. Her first marriage was to her son’s father Daniel Smith in the Bahamas when she was just 17 years old.