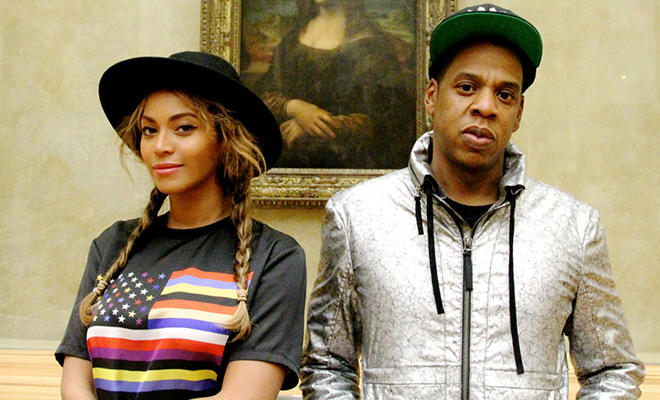 After spending a good bit of 2014 on tour, Beyoncé and Jay Z reportedly have plans to take a year-long break from world domination to expand their family.

A source spoke to the UK’s Daily Star about the couple’s planned “gap year,” in which they will spend 12 months in a fancy chateau in Chigny-les-Roses, where Jay Z’s newly purchased champagne brand Armand de Brignac is produced.

It is there that Hip Hop’s most powerful couple — who together earned more than $100 million in ticket sales from their “On The Run Tour” — plan to conceive their 2-year-old daughter Blue Ivy‘s little brother or sister.

According to the Daily Star’s insider:

“Jay and Bey have been spending a lot of time in Paris lately and they adore France. Beyonce is keen to put down roots there because her mum’s side of the family are part-French and they adore the laid-back lifestyle and culture.

“So next year they’ll put music on the back-burner and enjoy France, spending time in a gorgeous chateau in Chigny-les-Roses.

“They want to have some time doing very little, enjoying Blue Ivy and chilling out. They are hoping she will pick up the lingo too. And of course it will be great for their French.”

“They’re hoping to conceive their second child out there. And taking a year out will allow Beyonce to have a quiet, stress-free pregnancy.”

Thank you, Mr. & Mrs. Carter, for once again reminding us how great it is to be you.