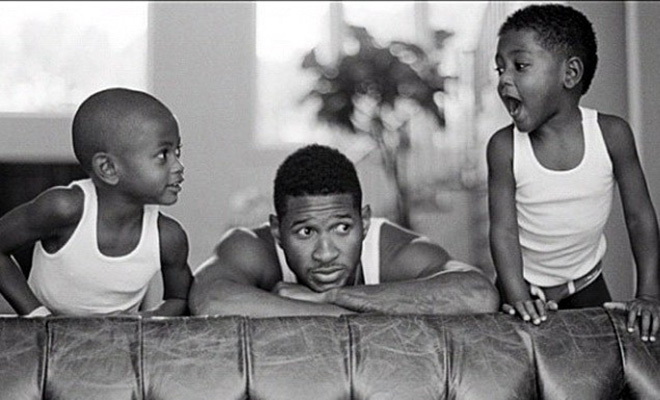 To the world, Usher is a multifaceted international superstar with a very successful career to show for it. But to his young sons, he’s just “dad.” And to his youngest son, specifically, he’s “not a great singer.”

Usher says that while his oldest son, Usher V (aka “Cinco”) — who is named after him — studies his dance moves meticulously, his youngest son Naviyd Ely Raymond, who turns six next month, is far from impressed with his multi-platinum dad’s singing abilities.

“He doesn’t care about what I do as much. … He’s like, ‘I’m the star. Who are you? You sing?'” Usher said in a recent interview, according to the Associated Press.

“He told me the other day, he says, ‘You’re not a great singer,'” Usher added, laughing. His response to his son: “What? I’m a great singer!”

But thankfully, at least one of his sons appreciates his talent. Usher says Cinco, who turns seven this month, watches his every move when he’s on stage performing.

“When seeing me perform on tour in the past … and most of the time it’s past his bedtime, but he’s just sitting there studying every move, every second, like laser focus,” Usher said of his namesake. “And then I’ll see him off by himself doing the moves.”