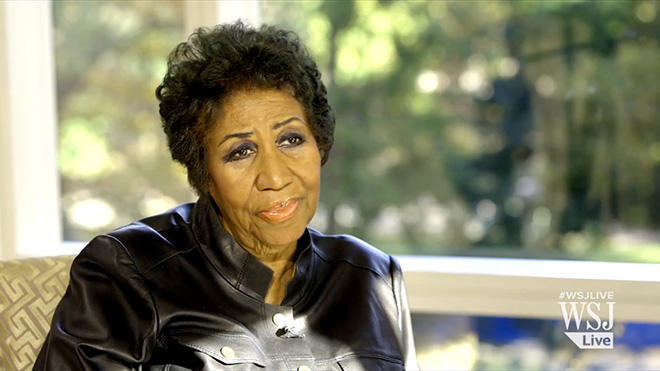 Aretha Franklin is known worldwide as the legendary “Queen of Soul,” but based on a recent interview she did with the Wall Street Journal, we might need to amend that title to “Queen of SHADE.”

Auntie ReRe was promoting her newest album ‘Aretha Franklin Sings the Great Diva Classics’ and she was asked about today’s top female artists. Her responses, as always, were HILARIOUS.

On Nicki Minaj: “Nicki Minaj … I’m gonna pass on that!”

“Great gowns, beautiful gowns.” That’s Auntie Re’s opinion on Taylor Swift‘s music career, and you can’t do anything but love and accept it!

Aretha Franklin comes from an era where an artist’s talent was their biggest asset, not their social media following or their album sales. So you’ll have to excuse her for being nonplussed about the music of today’s generation.

Her thoughts on artists like Beyoncé and Jennifer Hudson were pretty funny too. She said in the Nov. 15 issue of Billboard magazine:

I think they’re doing a very good job — Beyoncé, Alicia, Jennifer [Hudson]. I hear my influence sometimes; I know when my voice, when something I’m known for, has passed. But these young ladies, for the most part, are all very original.

“For the most part?” SHADE!

Don’t you just wish Aretha Franklin really was your aunt though? And she lived next door and came over every day shading today’s music? Wouldn’t it be glorious? You know it would.

Also, has she been babysitting Usher’s son recently?