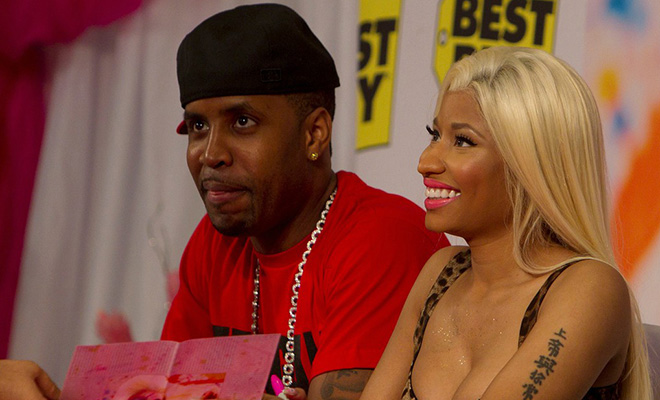 Nicki Minaj recently broke up with her longtime boyfriend Safaree Samuels aka “Scaff Beezy,” and according to reports, things ended very badly between them.

Over the summer, Nicki and Safaree reportedly got into an argument at her house, and according to TMZ, Nicki was screaming and Safaree got pissed, which made Nicki get even more pissed.

She grabbed a bat, chased him out of the house and proceeded to go all Jazmine Sullivan on his 2012 Mercedes Benz, busting the windows out “his” car. She also threw his clothes in the trash.

Cops were called to Nicki’s house and Safaree was escorted away from the scene.

No arrests were made, and Nicki particularly avoided being arrested because it was actually her Benz (she was just letting him use it), and there’s no law that puts people in prison for destroying their own property.

Nicki and Safaree called it quits shortly after the altercation, which was probably a very smart move, as it definitely wasn’t their first.

We wonder what he’s going to do with all of those tattoos now.