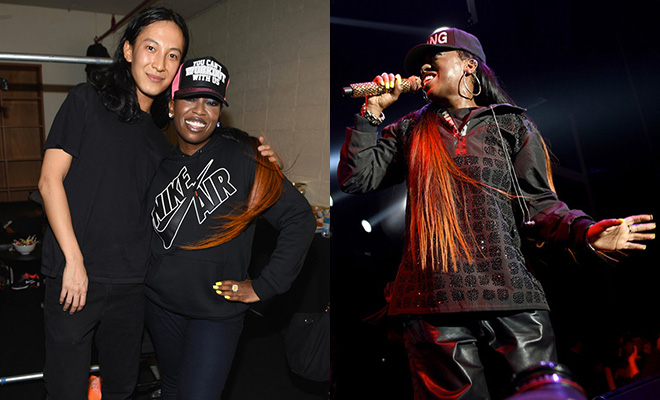 Missy Elliott is looking the best we’ve seen her look in a while.

The rapper/producer performed a medley of hits including “Get Ur Freak On,” “Work It,” and “Lose Control” at Alexander Wang’s H&M Collection launch in New York City last Thursday (Oct 16).

But in addition to rocking the stage, Missy showed off her drastic weight loss … and we must say, she’s looking “Supa Dupa Fly!”

Missy reportedly lost at least 30 pounds and appeared to be very energetic and vibrant during her performance.

She also shared a photo from the night on her Twitter account. Notice how she’s rocking a hat that says, “YOU CAN’T WORKOUT WITH US” (Mean Girls reference).

Just got off stage thanks @ALEXANDERWANGNY and @hmusa for having me perform I enjoyed? pic.twitter.com/DXBF2u6KJx

Missy also revealed how she lost the weight:

I do insanity workout to @shauntfitness videos. Sweets/bread/ fried foods is my weakness it's not easy but health comes 1st:)

In the past, Missy has been very vocal about her battle with Graves Disease, an immune system disorder that results in the overproduction of thyroid hormones. So it’s good to know she’s trying to remain fit as possible.