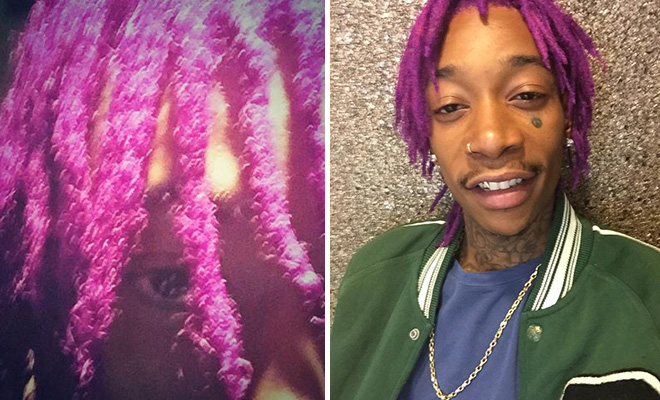 Wiz Khalifa is single and back on the market, so what better way to celebrate than a brand new hairdo?

The “We Dem Boyz” rapper debuted his new look called “Purple Rain” (like the Prince song) on Twitter, and if we must say … it doesn’t look half-bad on him!

Wiz hasn’t been very outspoken on his pending divorce from Amber Rose, but we can definitely tell he’s ready for change.

Smile for the day. pic.twitter.com/OjHCONQeux