GOSSIPONTHIS.COM Celebs Chris Brown Pushed A Girl Who Tried to Kiss Him in Front... 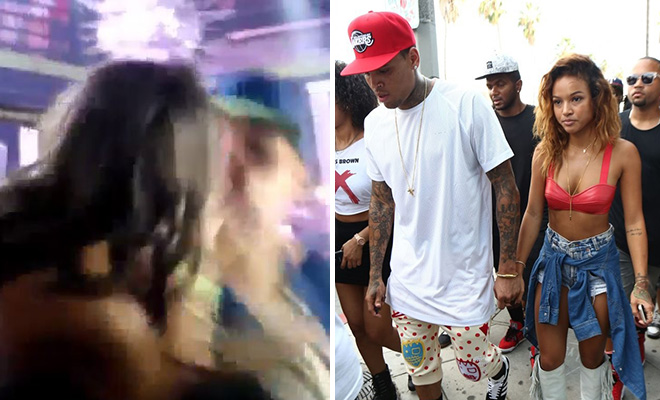 In the word of Ludacris, “Move trick, get out the way!”

Chris Brown had to get physical with an overzealous fan this past weekend during his club appearance at Limelight in Houston, TX.

CB was with his girlfriend Karreuche Tran, and as they were walking through a crowd some random woman jumped all up in Breezy’s face and tried to kiss him right on the lips. Chris quickly shoved the woman out of the away and kept it moving.

Of course people going to spin this out to be another violent act from “Angry Chris Brown,” but who wouldn’t push away some random drunk chick trying to slob you down in front of your girlfriend?