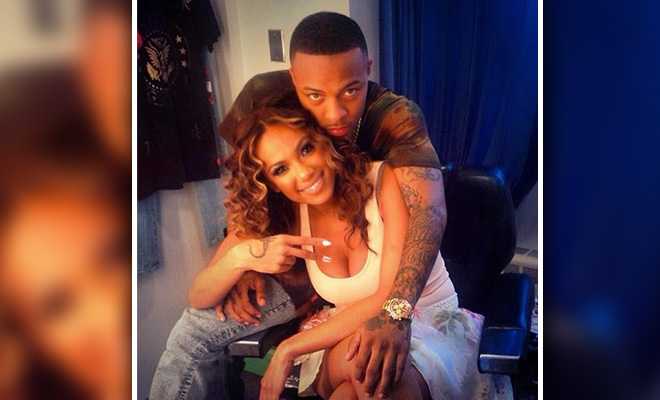 Bow Wow and “Love & Hip Hop New York” star Erica Mena have only been dating for six months, but they’re already deciding to take their relationship to the next level!

On the red carpet of the BET Hip Hop Awards this past weekend, Mena revealed that Bow Wow proposed to her and they are officially engaged.

“Uhh … he’s actually my fiancé,” the VH1 reality star responded when asked if Bow Wow was her boyfriend.

Since the news broke, Bow Wow has also spoken out and confirmed that a wedding is in the near future. He posted an image on Instagram of the ring he used to propose, and wrote in the caption that she “cried instantly” when he gave it to her.

Bow Wow also called into “106 & Park” Monday (Sep 22) and revealed how he and Erica have known each other for years and that their engagement isn’t a publicity stunt.

Check out what all Mr. Shad Moss had to say below (via NecoleBitchie):

On why he proposed:
I think what a lot of people don’t realize is me and Erica, we been knowing each other for years. If you pay attention, she’s in my “Fresh Azimiz” video. She’s the girl right in front of me. I been knowing her since then. And like I said, she was suppose to do [the movie] Lottery Ticket.

So it was just…I don’t know. The Scorpio-Pisces connect thing and it just happened. Anytime, you meet somebody like that and the bond is right…you gotta go ahead and make it do what it do!

On publicity rumors:
But it’s far from a publicity stunt. I’ve never been the type of person to do anything for publicity. I don’t need it. I’m on TV everyday. How much more publicity do I need? I did this out of my heart, I did this out of love. It’s time for me to sit my ass down! I’m out the game!