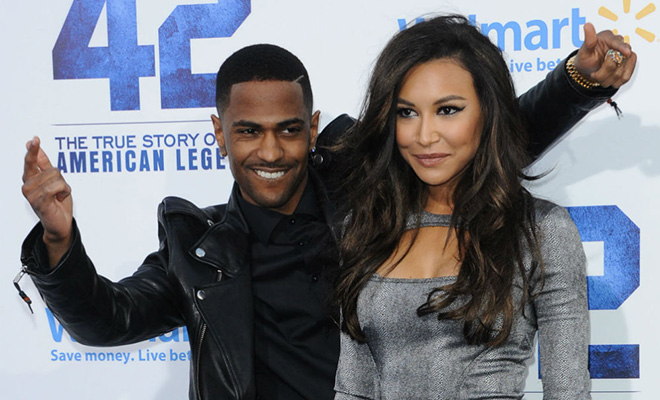 Big Sean‘s beef with his ex-fiancee Naya Rivera isn’t over.

In addition to his new management deal with Roc Nation, Sean dropped four new tracks, one specifically aimed at the “Glee” actress.

The track is titled “I Don’t F*ck With You” (produced by DJ Mustard and Kanye West) and Sean makes it blatantly known that he dodged a bullet by calling off his engagement to Nivera.

Sean raps on the song.

“And every day I wake up I celebrate / Why? Cuz I just dodged a bullet from a crazy bitch”

However Sean is claiming he made the song while he and Naya were still together and changed some of the lyrics after the break-up.

“Then, obviously, after a few things went down, I went back and changed a couple words. But, mainly, the song was already there. It’s funny how things play out.”

It’s very possible Big Sean could have wrote the song before everything went down, but like he said, “it’s funny how things played out.”

Regardless, the G.O.O.D. Music rapper has moved on with pop singer Ariana Grande and Naya got married back in July. Everyone seems to be doing fine.