GOSSIPONTHIS.COM Celebs August Alsina Gets a Visit from Nicki Minaj in the Hospital 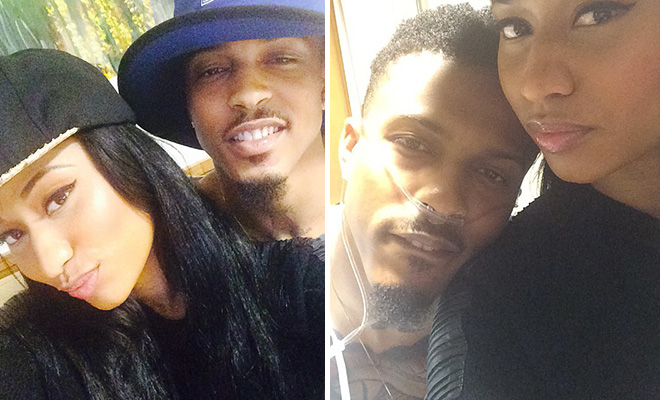 August Alsina has been receiving an outpouring support from his industry peers as he recovers from suffering multiple seizures last week, and on Monday (Sep 22) Nicki Minaj checked in on her “No Love“ collaborator by paying him a visit in the hospital.

Along with this selfie she posted to Instagram, Nicki tweeted:

August also posted his own photo of the two, writing in the caption, “She has to be the sweetest girl I know. #ASisterThatPrays.”

August Alsina has been in the hospital after he collapsed on stage in the middle of a concert in New York City last Monday (Sep 15).

The New Orleans crooner reportedly suffered multiple seizures afterward, and was in a coma for three days.

While recovering in the hospital, August has thanked his friends and fans for their well wishes.

Showing off a photo on Instagram of gifts, cards and flowers he’s received, the singer wrote:

“Recovery, it’s a process. I woke from a coma. God gave me a second chance at life & I’d like to thank each and every person that sent any form and expression of love thru gift, card, flowers or simply your kind words and prayers. I’m a hustler, I’m a worker, I overwork myself at times but I’m a survivor and still here by the grace of God and your prayers.”