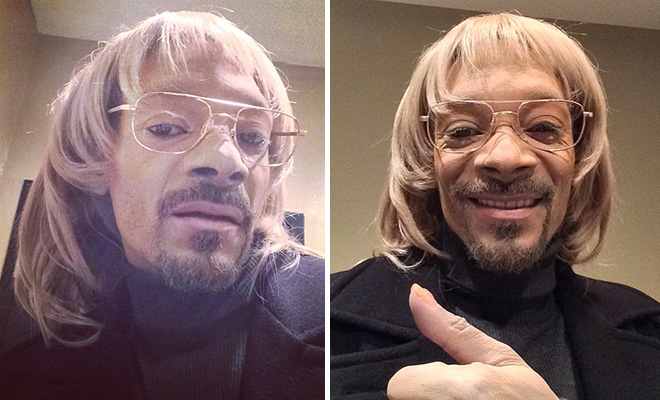 Snoop Dogg had social media in stitches over the weekend when he transformed into a white guy named Todd and posted videos on Instagram of him doing fake commercials for a fake dating site called “White Guys Connect.”

He also posted several photos of Todd’s adventures, as well as this selfie with Nia Long:

And then there’s this hilarious photobomb:

Our buddies over at The Smoking Section point out that Todd resembles “White Bob from Marketing” — a character Martin Lawrence played on his insanely popular 1990’s sitcom Martin, and we couldn’t agree with them more. Just peep this video:

As for Todd, according to his fictitious “WGC (White Guys Connect)” dating profile, he enjoys playing paintball, crocheting and doing a little spoken word in his free time.

No one really knows why Snoop did this, or what for, but regardless, it’s hilarious, and waaaaay funnier than that time the notoriously unfunny Nick Cannon tried (and failed) to be a white guy on Instagram.