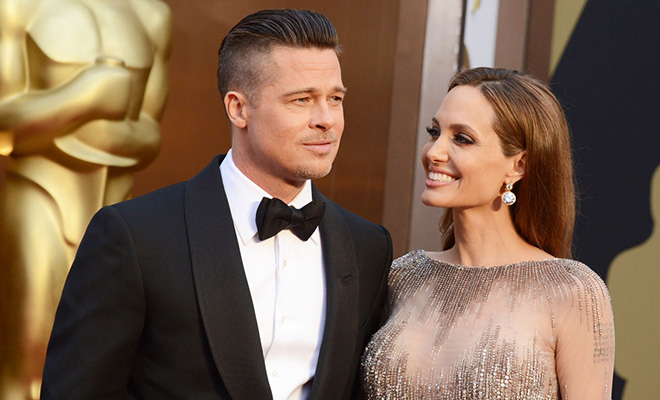 Brad Pitt and Angelina Jolie have finally tied the knot, after spending nearly a decade together.

The couple of 9 years were married last Saturday (Aug 23) in France at a private ceremony attended by family and friends. The wedding took place at a small chapel in Chateua Miraval.

The couple’s kids also took part in the wedding. According to reports, Jolie was walked down the aisle by her oldest sons Pax and Maddox, while Zahara and Vivienne threw petals and Shiloh and Knox served as ring bearers.

Brad and Angelina got engaged back in April of 2012, though many of you will remember that they (or at least Brad) said they’d be waiting to get married when “everyone” could.

At the time of their engagement, Angelina revealed that their children had really been laying it on them thick to finally tie the knot so they could have a married mom and dad. And cake.

“They figured out what marriage is now, they’re old enough so now they kind of like the idea of it,” Angelina said in an interview with Extra. “But we’re still convinced that half of them just want to party. They’ve heard there’s good cake.”

Brad Pitt had previously told The Hollywood Reporter: “we’d actually like to [get married], and it seems to mean more and more to our kids. We made this declaration some time ago that we weren’t going to do it till everyone can. But I don’t think we’ll be able to hold out. It means so much to my kids, and they ask a lot. And it means something to me, too, to make that kind of commitment.”

Congrats to the happy couple for finally making their relationship official after all these years!