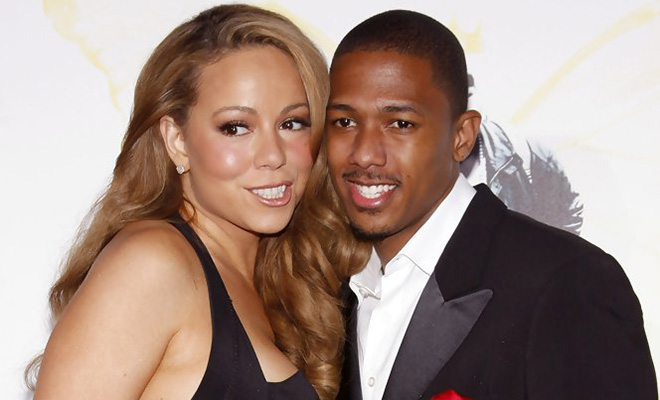 While everyone speculates on whether or not The Carter Empire is crumbling before our every own eyes, the divorce of Mariah Carey and Nick Cannon seemed to slip right under the radar.

According to TMZ, the divorce is “a done deal,” with divorce lawyers in negotiations to divvy up property and arrange custody agreements for their 3-year-old twins Moroccan and Monroe

On top of that, Mariah and Nick have been separated for months and are living in separate houses since May. “He sees the kids but that’s the extent of their contact,” TMZ reports.

Our sources say … Nick’s appearance on Big Boy’s radio show in March was the beginning of the end. Nick played Big Boy’s game — name the 5 celebs you’ve slept with. Nick named 5, but our sources say the one that made Mariah insane was Kim Kardashian.

We’re told it went from bad to worse when Nick went on Howard Stern and talked about Mariah not giving it up before they got hitched. She went nuclear.

Our sources say Mariah feels Nick has abandoned her by taking every gig that’s on the table … when they don’t need the money. She’s especially angry because it keeps him away from their kids.

For Nick’s part … we’re told he feels Mariah has become impossible because she surrounds herself with “yes men.” He says she can’t handle it when he dares to disagree with her.

We’re also told Nick is incredulous Mariah is bitching about his work ethic … he says he’s generated $75 million since 2011 for the family.

Furthermore, sources tell E! News that MiMi and Nick are just “not getting along.”

“They have been living apart for a while. This is not all of a sudden. There have been issues between them for a while. They are not getting along,” a source close to Carey tells us. “She wants to end it and it has been in the works for months, which is why her house in the Bahamas and the house in Bel Air are on the market.”

Mariah Carey and Nick Cannon got married seemingly out of nowhere in April 2008 at Mariah’s Bahamas estate, and the couple have renewed their vows every single year … except for this one.

And it’s all because he admitted to sleeping with Kim Kardashian? Something most rich/famous black men have done? OK.