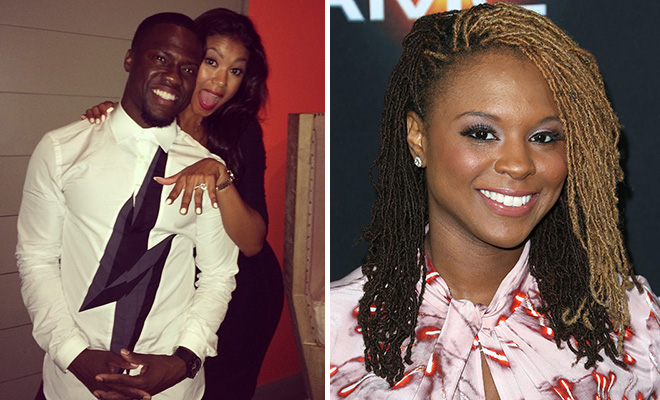 Many took the move as shade on Kevin’s part, considering the timing, but the comedian says it was merely a coincidence. He responded on Instagram:

I wish y’all could see my face when I read some of the comments that you guys leave….I just want to take a second to share some COMMONSENSE with you guys!!! August 18th was @neekibaby actual Birthday…it wasn’t the day before or the day after. I will say this one more time & never repeat myself again….I wish my X Wife nothing but the best in life…I’ve moved forward with my life & have been doing so for the last 6 years. The only thing that was on my mind yesterday was making sure my lady had an amazing 30th B Day. I’m happy to say that my now FIANCÉ was blown away by the entire evening. #MissMeWithTheBullshit #KillNegaitivityWithPositivity

Kevin Hart and Eniko Parrish — an aspiring model and actress who moved from Baltimore to Los Angeles to pursue a career in the entertainment industry — have been dating for the past five years.

“I said YES!!!!! To the most amazing man in the world,” Eniko wrote on her own Instagram page. “Thirty as been GREAT to me thus far, I wouldn’t trade it for anything..Thanks to my dearest friends, fam, and the LOVE of my life..for making this day a memorable one! You all hold a special place in my heart!”

Check out the photos/video from Kevin and Eniko’s engagement celebration here: