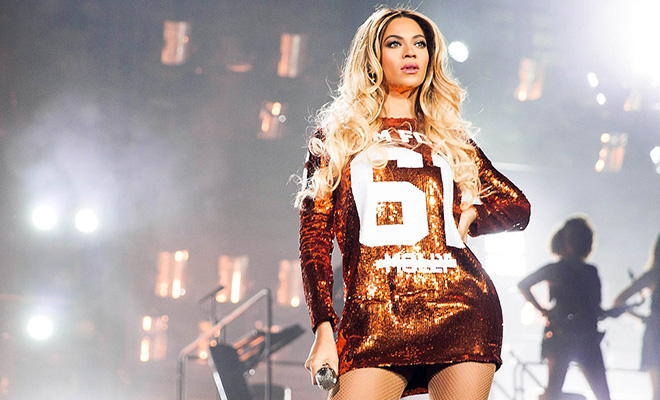 The 2014 MTV Video Music Awards just got a whole lot better … because Beyoncé is performing!

And no, she’s not going to FaceTime her performance like how she did at the BET Awards. She will actually be there in person because she’s also set to receive the “Michael Jackson Video Vanguard Award, which has also been given to other big artists like Justin Timberlake, Britney Spears, Janet Jackson, Madonna, the Beastie Boys, and of course, the King of Pop himself.

Beyoncé is up for the most Moonmen this year: EIGHT!

“Drunk In Love,” featuring Jay Z, is up for Video of the Year and Best Collaboration, while “Partition” is nominated in the Best Female Video and Best Choreography categories, and “Pretty Hurts” is nominated for Best Direction, Best Editing, Best Cinematography and Best Video with a Social Message.

The videos come from Beyoncé’s self-titled visual album, which was released last December 2013 as a top secret surprise project and included 17 different music videos … so no wonder she has the most VMA nods!

As for her upcoming performance, this year will be the fifth time Beyoncé has hit the stage at the annual event. Her first time performing was after she released her debut album Dangerously In Love in 2003, and she sang “Baby Boy” and “Crazy In Love.”

In 2006, she performed “Ring the Alarm” from her sophomore album B’Day, and 2009 saw her perform “Single Ladies (Put A Ring On It),” from her third studio album I Am… Sasha Fierce.

Her most memorable performances came in 2011 when she announced her pregnancy after bringing the house down with “Love on Top,” from 4.

This year’s performance can be anything, from “Drunk In Love,” to “Partition,” or maybe even her “***Flawless” remix featuring Nicki Minaj. Or hopefully she’ll do a 10-minute medley of all of her hits! Who knows, guess we’ll just have to wait until later this month to find out.